“If the Prime Minister really wants to fix the housing crisis, she mustn’t forget about the forgotten group – homeless people” 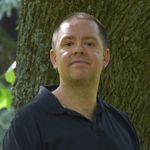 Today the Government will announce details of its Budget, just a few days after the Prime Minister has promised to take “personal charge” of her mission to build more homes across the UK.

It’s encouraging that the Government acknowledges the housing market is broken. We all know that not enough homes have been built over the decades to cope with demand, which has led to prices soaring, and a whole generation left behind at the bottom of the housing ladder with no idea how they’re going to take their first step on the rung.

However, for those already sleeping rough, or without a permanent roof over their head, initiatives to build more homes, many of which will end up in the private rented sector will be of little comfort given the doors to any new builds are likely to remain firmly shut to those who need it the most.

The Government has made attempts to address the problem of unaffordable housing, most notably by introducing a Help to Buy scheme to make it easier for savers to secure a deposit. However, Help to Buy won’t solve the growing problem of homeless people and rough sleepers who are looking to find safe and secure long term accommodation, which is currently inaccessible to them.

The PRS is growing, and currently account for 20 per cent of the housing market, overtaking the social market. This has made the prospects of vulnerable tenants, or those on low income or benefits being able to access private renting more and more challenging. Private landlords are reluctant to take on tenants they perceive as “risky”, and with a poor history of credit or employment. Quite simply, there is growing group of people who are, quite literally, being left out in the cold.

This is why Help to Rent projects, which are supported by Crisis, the National Landlords Association, and the Residential Landlords Association will make such a difference in our attempts to end homelessness. They will provide the support to de-risk renting, ensuring that it becomes a more realistic option for landlords and tenants. In addition, it will also give the assistance needed to provide a deposit and guarantee on certain costs faced by the landlord.

The funding of the schemes is relatively modest in terms of government expenditure. Westminster Policy Institute Economics has identified that just £31 million would be required per annum over a three-year period. What’s more we know they work. From 2010-14, with funding from the Department of Communities and Local Communities, Crisis ran the Private Rented Sector Access Programme projects, which created over 8,000 tenancies with 90 per cent last over six months. 92 of these projects saved more than £13 million in non-housing costs to the public purse, so we know that they are value for money. These projects will also be critical to ensuring that Local Authorities can meet their statutory duties under the Homelessness Reduction Act when it comes into force next year.

The Government concedes that it will take many years to fix the housing market, but those who are on the streets or sleeping rough can’t wait this long. Immediate action to get people off the streets and into safe and secure accommodation is not only required, but is possible to take now. Today we hope the Chancellor of the Exchequer takes the opportunity to not only increase the supply of the housing, but take the necessary steps to make sure this housing is accessible for all.