“My wife and I had a bit of a crazy relationship really. We were married for 23 years and we had four kids but eventually we broke up when I was 61. I only had my state pension and the problem was I still had a tenancy on the house we shared so I was classed as intentionally homeless by the council. I slept in my Volvo for 3 weeks until I got reversed into by a lorry while I was sleeping in a lay-by. After that I took my tent into the woods and found a quiet place where no one could find me. I was lucky in a way because I had my pension for food, and in winter it was just a matter of careful insulation, but there were lots of other people in worse situations. You don't realise how many of them there are until you look for them.

I left London in the late seventies. It was already becoming a difficult place to live so I decided to leave to find work and a nicer pace of life. You could find affordable housing back then or find a squat until you had somewhere better, which meant there was far less rough sleeping, and there was definitely less hard drugs associated with it too. The police had just begun to demand squats had licences though and those that couldn’t get one were shut down and handed over to housing associations. I was there on the last day of the famous squat at 144 Piccadilly where a few hundred people were staying. There was almost a pitch battle between the police and skinheads who were trying to evict everyone and the residents and a group of hell’s angels who were trying to defend it. It was all over the news at the time. After that happened lots of people had to go and fend for themselves on the street.

I slept in St James’s park with my boots tied to my rucksack for a while before heading to the west country. There was more tolerance generally of people moving around to find work like that back then, but it’s a much more hostile environment now. You could blend in easier in the past and not feel so judged but now people are in much more open, obvious locations. There are a lot more new tents right in the centre of towns, even rural ones like Bath and Chippenham. There's not many services for homeless people in areas like that, so the ones that do exist are a godsend.” 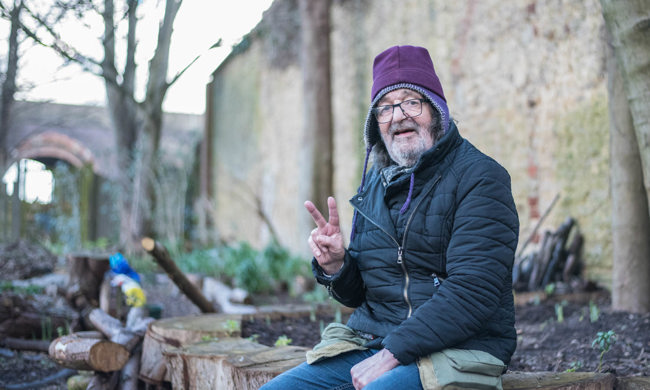 'I’ve always struggled with dyslexia. I still can’t read and write properly and I can’t add up ve... 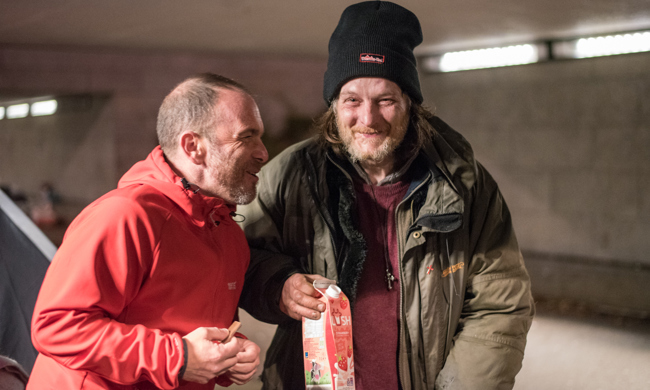