“I met my ex partner at thirteen in a chat room. He lived in South Yorkshire and I moved there to live with him and his family when I was sixteen.

We lived with his family who used to manage and live in pubs, but after a year the landlord told us he wasn’t renewing the contract and we had a week to leave. I was sure it was illegal but his parents didn’t want to challenge him in case he might give them another pub in the future.

We ended up sleeping in a car and then we borrowed a relative’s caravan and went to a town by the seaside. It was only meant for two people but there were six of us. My boyfriend and I, his mother and stepfather, and his two little brothers, one of whom was severely disabled. For a while three of us would sleep outside under the awning, but then the caravan park said we hadn’t paid the ground rent to have the awning out so we all had to sleep together inside.

We were so poor we had to steal toilet roll from the local pub. I wanted to leave but I felt trapped and didn’t think I had any other option. My own parents had gotten divorced and there was no room in either of their homes for me. My mum had a new family and my dad was renting out all the spare rooms to lodgers because he couldn’t afford to live in his own home.

Eventually my boyfriend’s mum got a job as a cook in another pub and there was an unfurnished flat we could stay in behind it. It didn’t have a fridge or a cooker or anything. We all slept on the floor in sleeping bags. It was better than the caravan but it was really difficult, especially for the two boys.

When I was twenty-two I went to stay with a cousin in London. I was only supposed to stay for a week but it turned into three months. That was the first time I’d felt free for years. After that I just couldn’t go back.

I went back to Oxford but was still in a really vulnerable state. I was struggling with my mental health and I had no job. I had to sleep in my father’s garage for while because the house was still full of lodgers. Even my younger sister had to sleep on the sofa. It was like being homeless in your own home.

Eventually I managed to get a room in a shared house with my sister and a friend but I know I’m still only one pay-cheque away from being evicted again.

I always thought homelessness was just rough sleeping. I’m lucky that I didn’t have to sleep on the streets, but when I asked a homeless charity for help they told me that it’s people in unsuitable and temporary accommodation too. I didn’t know there was any help out there when I was in that situation. I had no idea I was entitled to any benefits or support. I thought it was just the way things were.

When I was young I was scared of homeless people, now I volunteer with a homeless charity. I have a new partner and we’re hoping to get our own place one day. Having somewhere safe and stable to live is something everyone deserves.” 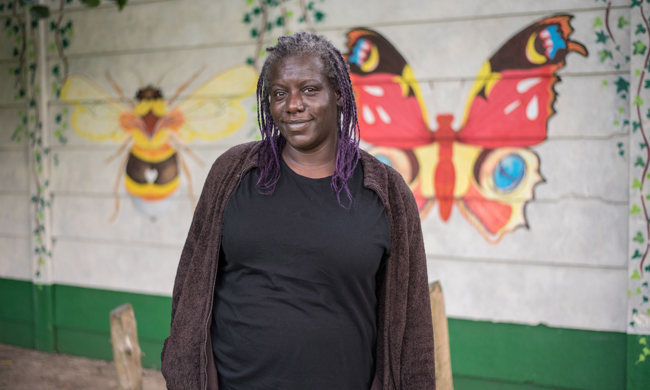 'My mum was a single mother and she was very strict. She never let me go out and dictated everyth...