Derek's story. Homeless in a heatwave.

“It’s really too hot, it’s about thirty degrees I think, maybe even more. I can’t even sit down for too long to try and make enough money for someone to stay, or anything like that, because the ground is so hot I’m scalding my arse for one, and two, if I am sitting down I can’t sit down for no longer than half an hour because I end up burning up and dehydrating. It’s good to see you bought me a bottle of water. I need to drink that to keep hydrated cos otherwise I’ll just pass out and get sunstroke. That’s the last thing I need at the minute.

I’d rather the cold at the minute. I don’t like the heat, I definitely don’t like the heat one bit. When it’s cold it’s cold, but when it’s warm, it’s far too warm. You can dehydrate and end up passing out or end up with sunstroke. In the cold the only thing you’ve really got to worry about it trying to stay warm and not freezing to death. That’s it. They’re both just as bad as each other.

I came to be here because I lost my job as a car valet, and I couldn’t pay the rent on my property. I gave the landlady all the money I had, but she wouldn’t give me a week or two to get £120 together. That was fourteen months ago now, and I’ve been homeless ever since.

I was born in Luton, but my parents divorced when I was three, and after that I went to live with my mum in Scotland. I never really knew my dad much. My mum told me he hit her, but knowing her like I do, I think she would have hit him too. She was an alcoholic when I was growing up, and my dad died of COPD (lung disease) when I was twenty-one. I don’t like thinking about my family now, because I don’t get on with them anymore. If I had family that cared I wouldn’t be here like this the way I am.

Unless I make fourteen pounds to get into a hostel tonight, I’ll have to try and find somewhere else warm because some a***hole stole my sleeping bag and my clothes. I don’t even have so much as a blanket. All I’ve got is my jacket, a t-shirt, and a pair of tracksuit bottoms. That’s it. To be honest I’d be better just ripping them off cos they’re covered in bugs from where I’ve been sleeping on grass. All I want to do is get a bath or a shower and get some clean clothes, but unless I make some money that’s not going to happen. The last time I made enough for a hostel was about four months ago. I’ve been here since six am and I’ve not made one penny today. Everyone’s just walking by. I haven’t got a clue where I’m going to stay tonight. I don’t know what I’m going to do, or where I’m going to go.

I tried to get help at a day centre in Camden but because I’d haven’t got a link to Camden they wouldn’t even let me in to have a shower. I hear about other places but I’m so tired and dirty now, I’m close to giving up. I’m not even moving from here at the minute because my feet are so sore. I’ve just had enough.

I hope I get out of this situation. Even just to get on some form of benefits, to get my I.D and all that sorted out, just to get back into work and get my life back on track. There’s people out there probably got it harder than me.” 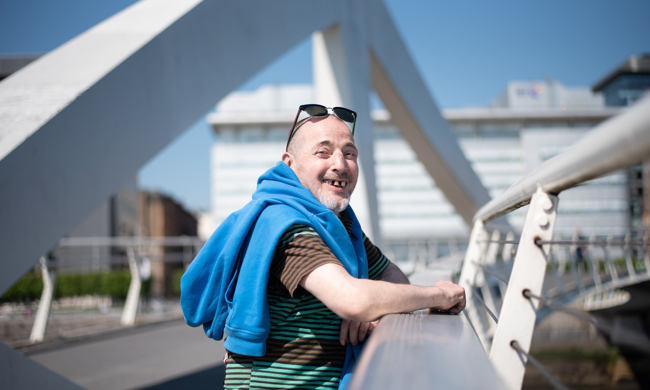 'Knowing I’ve got a secure tenancy on my own place which I don’t have to share with strangers is... 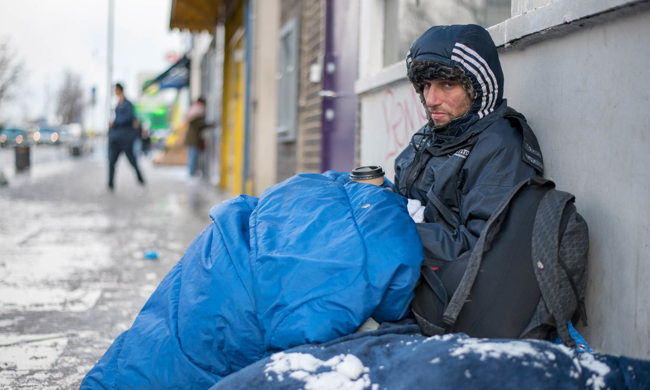 'Last night I stayed awake all night in a staircase. I can’t sleep at all when it’s really cold l... 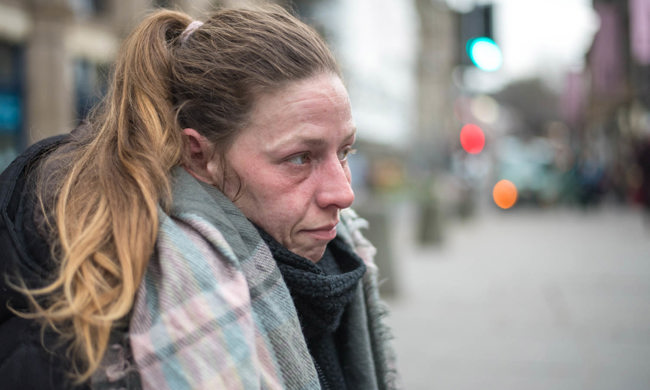