Donald's story. Haunted by the legacy of care.

“My partner and I were living in a B&B together, but she had an accident and tipped over the kettle onto her leg. She had to have a skin graft on her thigh which meant she was in hospital for two weeks. I explained the situation to the manager but even if you miss curfew for one night you’re at risk of being booked out. We were sharing a double room together and because there are so few of them available they said they couldn’t wait until she was discharged. They didn’t care. I know they’re short of space. They’re even putting people in hotels at the moment, but I just don’t understand it. I think they were hoping the hospital would find us somewhere to stay but she didn’t get any help at all.

The kicker is that when we go to the council we’re classed as intentionally homeless because we were officially kicked out by the B&B, so now we’re at the bottom of the pile again. My partner had a support worker but he’s so busy he just never calls back. We’re hoping that next week we’ll be able to talk with him and get the council to change their minds, but in the meantime we’re both on the street. Her leg is all bandaged up and purple. It’s not right. We don’t want to use the night shelter. I don’t mean to judge anyone else, but the smell is too much for me. I’ve got asthma, COPD and bronchitis. Then there’s all the snoring and the farting. I might have done it in the past, but I can’t do it now. I’d rather be outside.

This isn’t my first time sleeping rough. I’ve been on and off the street since I left care at sixteen. My dad used to batter me and my mum, but she died in a house fire when I was seven and after that he just put me into care. I wasn’t in the fire, but I watched it happen. I saw my mum drop my wee brother out of a window onto a mattress the neighbours had put down outside, but then she went back for my sister and they never came out. My sister was only two and half. The fire brigade found her curled up in a ball.

I started acting up after I was sent away. The school couldn’t handle my behaviour and my foster parents tried to home-school me, but I was terrified of the husband. He’d throw me around the house if I didn’t do exactly what he said. After that I was sent to a care home but that was even worse. There was always fighting, and I got bullied because I wasn’t from the local area. I couldn’t read or write properly either, so I played up in school or I just wouldn’t go. I punched the headmaster once and got put into a special school. I still couldn’t read or write when I left care at sixteen. I couldn’t even tell you the alphabet. I got into really stupid stuff after that. Stealing cars, shoplifting and drugs. I’ve done some bad things and I’m ashamed about it now. I’ve been stabbed three times. Had my knee caps smashed. Face smashed. Scars everywhere. I don’t want to be like that anymore. Looking back, I can see that I was just so angry when I was put into care. 23 years later I’ve still not really dealt with those issues from my childhood, but I’m starting too now. I learnt to read and write in prison and I even wrote a book there called Looking Back, about my story. It’s to help other people to learn how to read and write too. Every jail in Scotland’s got a copy now, and even some colleges too.

I still get nightmares about the fire, and I hardly sleep, but now I’m in my thirties I’m trying to leave that life behind me and settle down. My partner and I would like to get married. Have a house. Have a normal life. But this doesn’t help.” 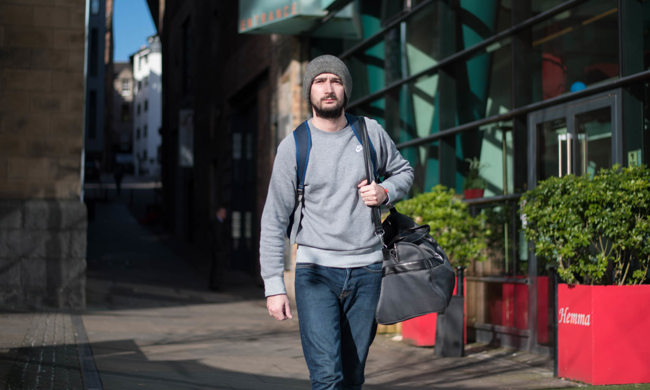 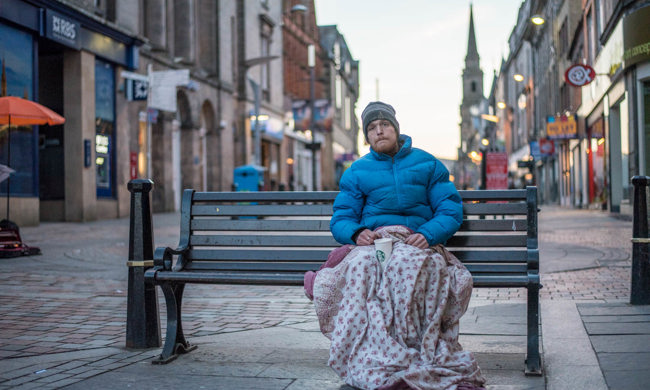