Gerald's story. 'I’m generally very optimistic, but there are a lot of people who have lost hope.'

"I had my first experience of homelessness when I was seventeen in Birmingham. Me and my dad didn’t get on and he ended up throwing me out of the house. My dad knew I was sleeping rough and my mum was already living in London but we had never really had a relationship. I had no other family to go so I ended up sleeping on the streets for a few months.

I used to sleep on the roofs of buildings because it was a bit safer and the heat would rise from the buildings. I stayed with my brother in Birmingham for while after that, then I got a job and managed to rent my own room before I moved to London and got a place with my partner.

I did a few jobs before starting my business. I was a manager in Macdonald’s for a long time, and I worked in the Dept of the Environment for a number of years. Then in 1996 I bought my first computer and began teaching myself how to build and repair them. Within five months I had opened my own computer shop.

When we first started we were making £200 profit on a computer. We did a lot of work for Greenwich council and other big companies in London. We even installed one of their first invoicing systems. We’d get people from all over the world coming to us. England, Ireland, Africa, all over the place.

We kept the shop open for four years but around 2000 the computer industry began to really change. Companies like Dell came in with cheap mass-produced computers and we weren’t able to compete. We couldn’t afford to renew the lease on the building and we had to shut down. I kept the business going for another four years privately and I also began teaching at a local college. They actually came to me and asked me if I would train their teachers in computer maintenance. They enjoyed the teaching so much that they asked me to work for them.

I loved teaching and did that part time for the next ten years while still being self-employed, but in 2103 the relationship with my wife broke down. I couldn’t afford the rents in London on the money I was earning, and so I ended up sleeping in a hostel. I had three children and that made it very hard. They were young at the time and I tried to explain that it was nothing to do with them but I don’t think they really understood.

I was one of the fortunate ones in the hostel. I didn’t have to share a room as most people do, but it never feels like it’s your home. You’ve got to be in before they lock the doors and things like that. It affects you emotionally, mentally and physically. There’s a lot of things that go on inside your head. A lot of emotions and feelings that are very hard to come to terms with. Sometimes you fall asleep and don’t really want to get up again.

I didn’t know who to turn to at the time. I couldn’t find any services that actually helped you with housing. If it hadn’t been for a homeless charity supporting me to find a place and help me with a deposit, the hostel would have kicked me out and I’d have been on the street for sure.

In my experience the main reason for homelessness is relationship breakdown. It could be parents or a partner. For different reasons you realise that you can’t live together anymore and you don’t often think to have a back up plan when you’re in that situation. You just expect that relationship to remain, but relationships don’t stay the same. They do change. It becomes one situation on top of another. It’s like a compound effect. It makes you realise that there’s always a reason behind homelessness.

You’ve always got to be hopeful though. I’m generally very optimistic, but there are a lot of people who have lost hope. Society treats you differently when you’re homeless. Some people can see beyond that, but even they still need support. Some people can’t though, especially people who have been street homeless for a long time. The negative parts of their experience make such a strong impression on their life they can’t move on without help. Most people just need a house first, and then the other things can be worked out afterwards.

I’ve joined a photography classes for homeless people too. I’ve always loved taking photographs but I’d never done it properly before. We learnt about composition and capturing the moment. It was wonderful. The more I Iearnt, the more I loved it. Now we’ve had an exhibition of our work and it’s turned out really well. Seeing the finished project is amazing.

I’ve worked since the age thirteen. I did paper rounds, warehouse work. I was even given my first job before I’d left school. I’m starting work again now. I do webpage design and am trying to do that more. I would like to go back to teaching one day, but maybe teaching photography." 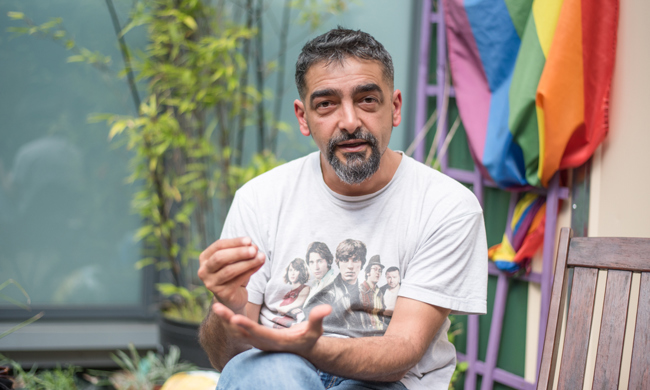 'We all get lost sometimes, we all get confused, and that leaves us vulnerable. If there was a wa... 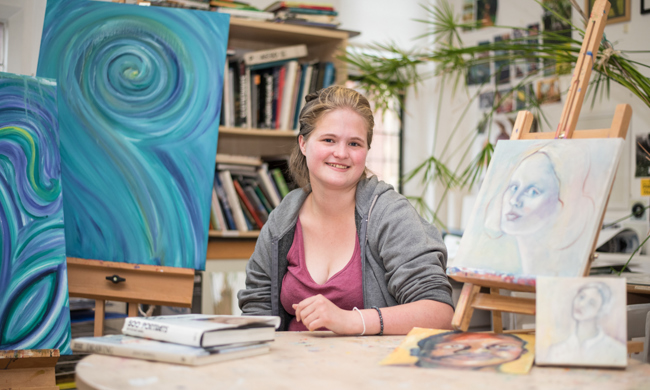