“I was only on spice for a couple of years. I never touched anything before then. I was doing really well. I was earning really good money as a chef. I did my NVQ level three and I was working at quite a famous restaurant as part of my second year apprenticeship but it became really stressful. I would start at six in the morning and not finish until 1am, six or seven days a week. It was really hard work and I just started hanging out with the wrong couple to get through it. I got addicted very quickly. I couldn’t do my work properly and lost my job, and then I ended up in jail for burglary to fund the habit.

When I was due to be released I had my appointment with the housing officer but that same day the whole jail was in lockdown and the officers wouldn’t let me out of the cell to attend it. I asked for another appointment but they didn’t have anymore available so when it came to leave I had nowhere to go. I went straight to the council and they put me in a hotel for a few weeks but after that they said they couldn’t help me anymore. It takes months to go through the housing system and I’m still on the waiting list for a hostel, but until a space becomes available I’ve had to go on the streets.

I grew up in Ayrshire, Scotland, but my mum brought the family down a few years ago now. I still speak with my mum regularly but we’ve had a difficult relationship since the Spice so I can’t go home. I haven’t spoken to my dad for thirteen years. He was a drunk, but I don’t really miss him. You can’t miss what you don’t know I guess.

I want to go back to university in Scotland and become a health and safety officer on the railways where my brother works. Being a chef is too hard. I have to finish my probation here in Plymouth though and that will take nearly a year so I’m stuck here until then.

I woke up this morning with seven policemen looking in my tent telling me I had to move on. That happens all the time. I always ask them where I’m supposed to go, but they never give me an answer.” 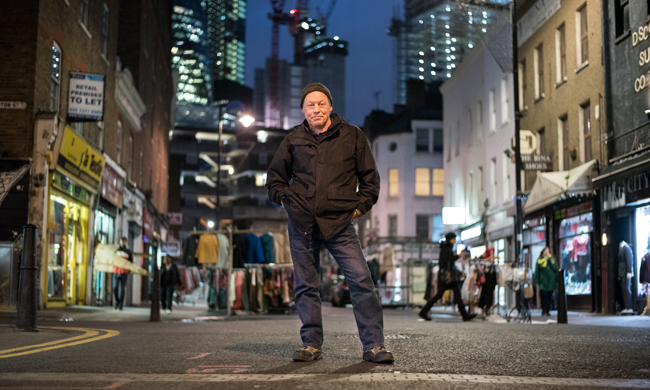 'I first started long distance walking after my wife Sarah died in a car crash. We’d been togethe... 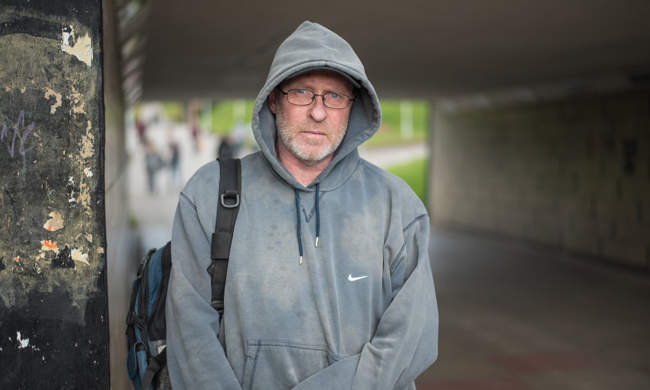 'I was living in Europe working in the music industry for fifteen years but I decided to train pr... 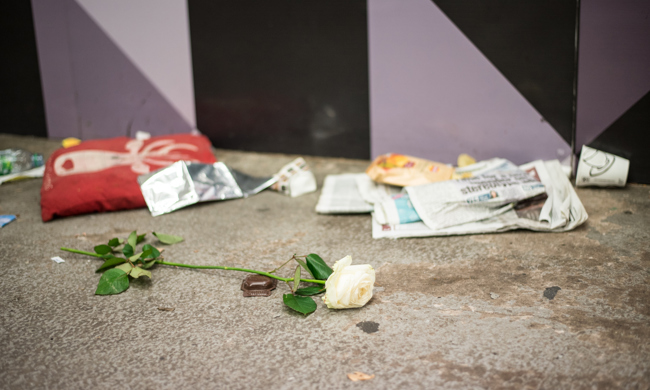 'My mum was a prostitute and both my parents were heroin users. My mum had me when she was sixtee...