John's story. 'We held hands, and we realized that we were indeed father and daughter.'

"I stopped drinking about 18 years ago now, but when I used to spend a lot of time in the pub I was talking to a couple of friends about an old girlfriend of mine and they said that I’d had a kid with her that I’d never known about.

I didn’t believe them at the time, but I had a hunt around and spoke to lots of people, but I couldn’t find out anything more. I tried but I just couldn’t find out any more information. The seed was planted in my brain though, and I was always curious ever since to find out if it was really true or not.

Then about four years ago I first started using the internet. Someone helped me set up an anonymous account on Facebook and I started looking around for people I knew over the years. There was a girl I recognized from years ago and so I messaged her to say: “Happy new year to you,” and a message came back saying, “Happy new year. Who are you?”

She had about 300 photographs on there from over the years, and as I was looking at them I thought – hang on a minute, I know that face. Then the very last picture was of a little girl sitting in her bedroom, and I even recognised the wallpaper on the wall. It was really unusual wallpaper, because I think I’d put it up myself.

We got talking online, and then arranged to meet in Oxford where she lived. We sat in a café and talked for a long time. We held hands, and we realized that we were indeed father and daughter.

She was 34 years old, and she told me that she’d been looking for me for years. I had no idea. She’d even contacted the Jeremy Kyle show to try and find me, but because I’ve been off and on the streets for so long, and my working life has been all over the country that no one had been able to.

That first night she invited me to stay over in the spare bedroom upstairs and when I woke up in the morning my daughter said to me, “Do you realize whose room you’ve just slept in? That’s your grandson’s bed.” I’d had no idea.

After that we spent some time together and she told me about her life and what had happened to her over the years. She’d been married and separated, and was pregnant with her second child. So now I’ve got two grandchildren. One of them has the same severe club-foot disability that affected me so badly when I was young, but the other one is the spitting image of me – same blonde hair and blue eyes.

We’ve kept in contact ever since. I know it’s not been a proper father-daughter relationship because of my non-existence for so long, but we get on great together, and we see each other whenever we can. I don’t have much money and she lives a long way away. Plus I’m a pensioner now and my health is failing me badly so it’s hard. I’m still a father – and now a grandfather – from a distance, but it’s nice knowing I can watch them grow up online at least.

If it hadn’t been for social media I would never have found out about my daughter, and ever since then it’s been a big part of my life. I had a very lonely childhood, I used to get bullied a lot and just read all the time, and now interacting with people on social media gives me the opportunity to talk to people that I would never get the chance to meet in everyday life.

I want to help people, and when I’m online I feel like I can help to highlight issues about homelessness. I can talk to chief executives of organisations without going through layers of bureaucracy. It’s like democracy at work.

It gives me a voice, and now I’ve got older I’ve got to understand who I am as a person more. I feel I can be a bit more outspoken. I’m the wrong side of sixty but with my experience, there are lots of people I’ve met on the streets over the years who are not with us anymore, but I haven’t forgotten those people. It’s not a life wasted now as far as I’m concerned. It can still be a life of enrichment. I’ve not been so good at looking after myself, over the years, but at least online I can try to look after other people." 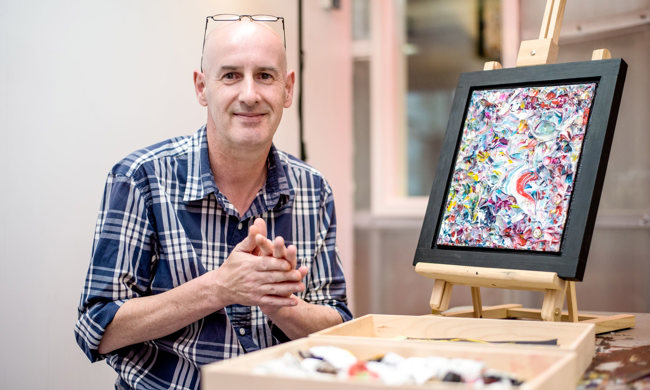 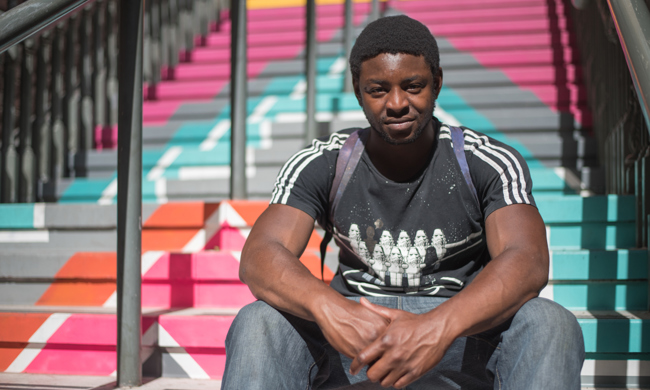