“I’d been in a band when I was younger to get away from the situation at home between my parents. My mum was a good mother but she was quite bitter about getting married so young and she had a lot of problems with depression and things like that. I started having panic attacks at the same time too and playing music was like an escape and a way to meet similar people when you didn’t feel confident. After my parents got divorced my mum decided to sell the family house and go back to university to start her life again.

She gave my sister, my brother and I some money and we decided we would buy some land together and live on that instead. I was only twenty-one at the time and we applied for permission to build bungalows or even just to have caravans there but they both got turned down. We were quite naive about planning permission, and it turned out it was in the green belt and we weren’t allowed to live there, even though we had been told by the people we bought it from that we could.

We stayed for a while because we had nowhere else to go but eventually the council evicted us saying that if we stayed there any longer we would get fined £500 a day. They said they had no obligation to rehouse me anywhere else either and unfortunately a lot of the family fell out with each other over it all and I began to really struggle with anxiety and panic attacks again.

We when we actually got evicted I didn’t feel about to cope. So much anger and bitterness had been created that I didn’t want anything to do with anyone else. I couldn’t afford to rent privately anywhere so I just started walking around the Cotswolds on my own. I bought some camping gear and would sleep in old buildings or in the fields. Sometimes I could stay with people I knew or I would get work on a building site for a while and I would sleep in the empty rooms. I’d use the dust-sheets as blankets and sleep under the stairs. It was a little money but still not enough to get my own place.

The whole experience is quite hazy now. I lived that way for about five years in the end, but I remember what helped me the most was getting into art and music. There was an art shop that gave away old bits of drawing paper and pencils and that became a great way of passing the time for me. If you’re homeless and people see you drawing they would often come up and talk to you about what you were doing rather than just walking by. It meant you didn’t feel too conspicuous and it relieved some of the stress of being alone all the time. There was no one else in my life and looking back I think I was just desperate for some kind of connection with other people. I didn’t feel like I had a right to be anywhere before that. I didn’t know why I was alive. I didn’t have a concept of the future or anything. I was just drifting, but art gave me a sense of entitlement to actually be where I was for the first time. It was like I was lost but always trying to hide and somehow art helped me connect with the world around me again.

Eventually I decided to go back to the field and I started sleeping in some of the old outbuildings there. The planning officer did come back once to say I shouldn’t be there but I got on well with the people in the village and I didn’t cause any problems so I think they just forgot about me.

With somewhere to stay I could have letters delivered there and then I got a little part time job cleaning in a local school which was great. I started to look forward to getting up in the morning and felt a lot better about things. I think the routine of it all helped. I even got an A-level in Art at an evening class which I really enjoyed and I started to do paintings for people I worked with and that helped me connect with the world even more. It was a real lifeline for me.

I had my dog for company and an old iron stove, and there were shutters on the windows so no one could see I was there, but it could still be cold and scary on my own. The worst time was one particularly warm winter when the whole field got invaded my rats. There was literally a carpet of hundreds of them everywhere. They got in my bed and in all my food. They savaged my dog and they attacked each other all the time. The walls of my cabin were covered in blood from where they’d been fighting. It was like a horror film. I couldn’t afford pest control and I had so many weeks without sleep that I started sleeping in the neighbouring fields to get away from them. Sometimes at work I’d fall asleep under the tables because I was so tired. They chewed up all my art work; even my A-level certificate got destroyed.

I went to the council but they told me it could be fifteen or twenty years to get a flat with the housing association and they also said that if I left the field I would be classed as intentionally homeless and then they couldn’t help me at all so I didn’t know what to do. I couldn’t afford to rent privately on my part-time wage and I was worried I was getting near to a breakdown again. The church was the only other place helping homeless people at the time, but then the Doorway Project in Chippenham opened in 2004 and initially I didn’t think they would be able to help me in my own situation I just went because I thought I help them out with my own experience of homelessness, but they told me the right forms to fill in at the council and someone came out and condemned where I was living straight away. After that I was pushed up the housing list and put in a flat after a few weeks.

It was difficult living in a flat after being out in the fields for so long and there have been difficult times. I lost my cleaning job in the school in 2013 after twenty years and that was one of the main things keeping me together. I had to sign on and it stressed me out so much the panic attacks returned, but Doorway helped with simple things like budgeting and cooking, and just having somewhere to go to meet people and feel valued. I still do art and music all the time and I help organise the music group with some other people here. We play in various places and that’s great for socialising. I also volunteer at Wiltshire Wildlife trust and that really helps me out with the anxiety.

Maybe because of the problems I had at home I think I always found it easier to walk away from difficult situations than engage with them, and when I was growing up I think being a tramp appealed in a way. I never thought I’d end up on the streets but escaping from other people seemed like a lifestyle of freedom. After a while of actually living that way though you realise you’re just running away from things and it catches up with you. You can’t survive on your own and I found that out the hard way.

It’s very lonely experience being on the street. People walk past you like you were born and bred there, as if you’re just a fixture of the environment, like a grit box. I don’t think a lot of people realize how easy it is to find yourself in that situation. Until I had my art I was afraid of other people. It was only when I found a way to connect with them that I began to get over my fear, and now I know I’d be lost without them.” 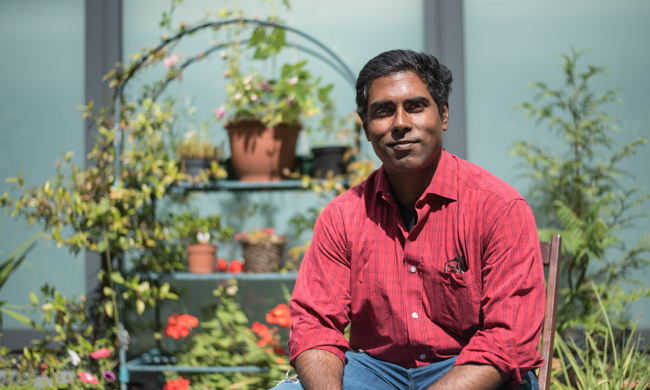 'My whole life journey has been about trying to find out who I am and where I belong. I think tha...