Paul's story. "It's like I came out of prison still in chains."

“I came out of prison in March this year, and when I spoke to my probation officer leading up to my release, they said they would find me some kind of accommodation for when I got out because I didn’t have anywhere else to go. My last week went by though, and I’d still not heard anything, so I asked them what was happening, and they just said the right people hadn’t got my paperwork yet. Apparently, the files had gone to the wrong department or something. I don’t even know if that was true or not, but when I tried to call my probation officer in Cardiff, they were on holiday for a week, and by then it was too late.

When I came to be released, I asked what I should do, but they didn’t seem that interested. They just gave me a train ticket to Cardiff and said I should go to the council and register as homeless. All I had to my name was twenty pounds from working in the prison kitchen, two pairs of trousers and a couple of t-shirts. I waited five hours at the housing office to explain what had happened, but they just sent me to a homeless shelter in town. They told me I was lucky to get a space there, but it was quite a shock. You see these places on the television, but to actually be in there yourself is very different. There were a lot of drugs and alcohol, and I had to tip-toe over all these people sleeping in the corridors. Opening the toilet door and seeing someone sitting there with a needle in their arm is horrible.

You also had to leave every day at 8am, and you can’t go back until 9pm. I didn’t want to just wander the streets all day, so I offered to clean in return for food vouchers. If it wasn’t for that I wouldn’t have had anything to eat at all. Eventually I learnt about soup-runs and things, but I didn’t know about any of that until I met other homeless people.

Luckily, I was only there for six days in the end. There was a good support worker there who helped me move into the hostel I’m in now. I’ve been here for about six or seven weeks and it is better here, but not much. I like to keep myself to myself but there was so much noise and slamming of doors when I first arrived. My mental health got much worse. Last night someone kicked off and smashed all his windows and got taken away by police. He was threatening to come back and set fire to the building.

Before I went to prison I was on employment support allowance because of my mental health difficulties, and problems with my spine, but when I left jail it took them six weeks to process it again. It took them ten days just to check with the prison that I had actually been released, so since then I’ve had no money at all. Luckily the hostel said I could pay them back the rent when my housing benefit claim comes through, but I rely on food donations from charity most of the time, and there are always lots of other people anxious for that as well. You can see why people start to beg, but I can’t bring myself to do that. I couldn’t bear for my sons to see me on the street.

I worked in the steel works for fourteen years, but we got laid off when it went into liquidation. They even took most of our pensions to pay the administrators.  I had a nice house and a nice car before that, but then I made a stupid mistake, and I went to jail for two years. I broke up with my partner and everything just fell apart. I have two sons and I spoke with them every week from prison. I’ll see them tomorrow which makes me happy, but I don’t want them to see me in here like this.

My doctor and psychiatrist sent the housing office all the documents they asked for, and thankfully they’ve classed me as a high category of need, so now it’s just a waiting game. I’m hoping for social housing for the over fifties, so there won’t be any drugs or anti-social behaviour, but realistically I’ll have to look at private renting. Lots of landlords won’t take people on benefits though. I’ve rung a few and they all say no DSS. They also want a guarantor, and I’ve got no one I can ask to do that either. I just have to hope I can find somewhere I can call home.

I know I’m lucky to have a roof over my head, but it’s horrible sometimes, and it could have been a lot worse. I’ve never been in a situation like this before. I could easily have ended up on the street or started going with the wrong kind of people. I tried to commit suicide years ago, and I was thinking about it again recently. I was walking through town and I thought; if I just downed a bottle of whisky, I could find the courage to cut my wrists. Somehow, I managed to just walk past the shop though, and came back here crying instead. I’m 53, and I just want to get on with my own life now, but it’s like I came out of prison still in chains.” 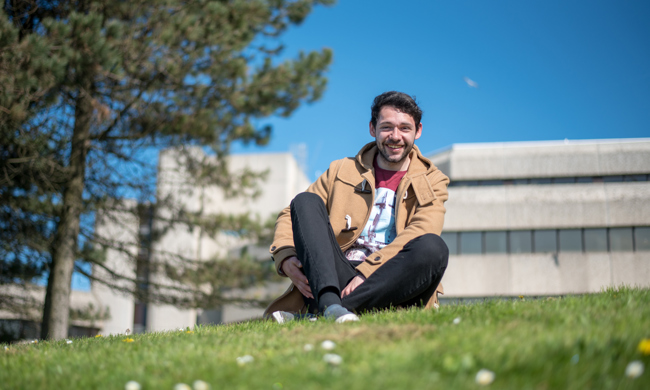 'Twenty-four years I was in this life of addiction and homelessness; of delusion and rationalisat... 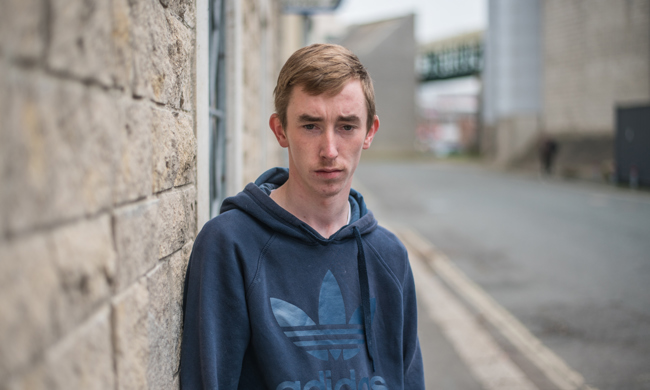