“This is a phenomenal Christmas. It’s my first real Christmas in recovery, and it feels incredible. When I was on the streets the only thing I ever thought about at Christmas was that by next year I might have sorted myself out. Now I’m here as a volunteer rather than a guest, and it’s amazing to speak with the other volunteers who knew me in the past and for them to see how well I’ve done. I remember a couple of Christmases ago one of them said they could see in my eyes there was still hope and desire there. I thought my life was all over, but when they said that to me I felt a little self-belief come back.

Here I’m surrounded by amazing people and lots have come from a similar background to me. I hated myself when I was on the street. I couldn’t bear to look at my own reflection. I didn’t think I deserved any help. There’s so much people keep inside when you’re homeless and I think it helps when the other guests hear I was a previous guest too. Hopefully they’ll open up to me a bit. I feel like I’ve developed the strength to help these guys.

It helps me personally to be here supporting people too. When I was seventeen I broke up with the love of my life, and then I found out she was pregnant by another man and I couldn’t handle it. I was absolutely devastated. I’m already an emotional guy and any strength I did have just seeped out the holes in my skin. Basically I just walked up to the self-destruct button and pushed it as far down as I physically could. Then for the thirteen years I was totally out of control. I couldn’t cope. Alcohol and cocaine were my best friends. They were my comfort and my coping mechanism.

Christmas is a great time but it’s also when you’re at your most vulnerable. I’ve been clean for fourteen months now but we had a group meeting in the residential rehab last week and we reminded each other that at this time of year it’s more important than ever to remain vigilant and remember why we’re in recovery. There’s so many emotions around at Christmas. Feelings of temptation and rejection, anything can trigger you off, so you have to be extra self-aware.

When I was in addiction I was working all the time in the building trade, and because I had money I could fund the habit and still feel like I was keeping some kind of control, but the longer I was addicted the more unmanageable my life became. I turned to car crime to feed my habit before eventually becoming homeless. I was in prison seven times, street homeless fifteen times. I lost my entire family, about one hundred and eighty members. I was basically on the run for fifteen years.

It reached a point where everything I did was a shackle around my neck. I had no home, no money, no people and no possessions. I was sleeping on the street and was picked up by an outreach team who drove me to a shelter in London. Initially it was just being in a new environment that helped me view my behaviour differently. I used to sit in the royal parks by myself and I started to realise that my life was an absolute fucking disaster. I was emotionally, mentally and physically bankrupt. There was nothing left.

I was beginning to see things differently in London but I still had some of my bad habits though. They weren’t as bad as they had been but they were still there, and it actually took me being sent to prison again to finally change. I was clean from the moment I went in and there was a lady who spoke to prisoners and listened to their attitude and their desire and she liked the way I spoke. She’s been by my side ever since. As soon as I got out of prison she found me a place in a two-year residential rehab, which is where I am now, almost half way through.

It was in prison that I was told if I wanted to change the two things I needed were desire and support. For the first time in years I felt like I had the desire. I finally started to believe in myself again, and then I became obsessed with building my support networks back up. Now I’ve got my counsellor, my therapist, AA, NA, my rehab, and I’ve also got five key members of my family back in my life.

I went round my Nan’s house last week for the first time in five years. It was incredible. We’d been talking over the phone for about two years but seeing her for the first time again was amazing. She was the one who reached out and found me and that meant a lot. I don’t know if it’s because she’s from a different generation but her principles and her character are the strongest I’ve ever seen. She’s so forgiving and so understanding. I speak to my sister and my little brother on the phone now too. They know I’ve been homeless and been to prison, but they also know I’m in recovery too. My little brother grew up surrounded by all my behaviour, but he still says he loves me to bits. That’s amazing. It means the world to me.

I worked in construction for ten years so now I’m saving up to begin my own construction business when I complete rehab. I really believe I’ve got what it takes to do that. I’ve just completed a business start-up course and smashed that. This is all part of my development and building those solid foundations I need to maintain recovery. Maybe next Christmas I can be back with my family again, but one step at a time. Once I’ve completed my rehab my hope is to share my story and help other people. I know I can’t change unless I’m brave enough to be honest and get my story out there and I can’t wait to start doing that, but one step at a time.” 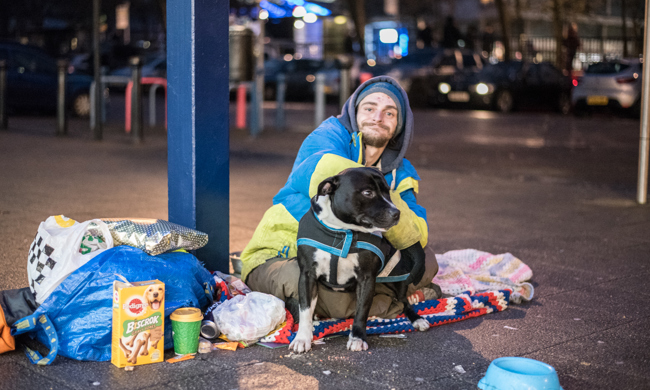 'Christmas brings out the best and the worst in people. People can be very happy and generous, bu... 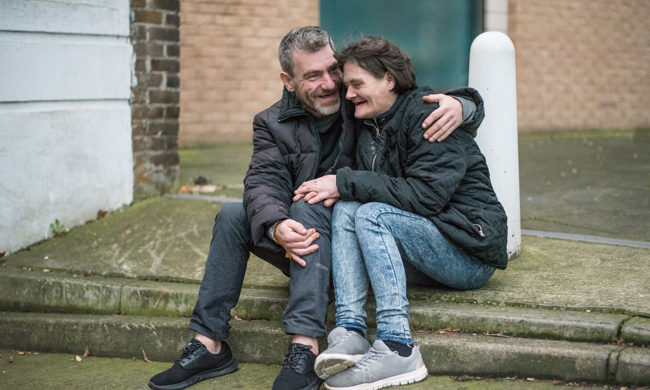 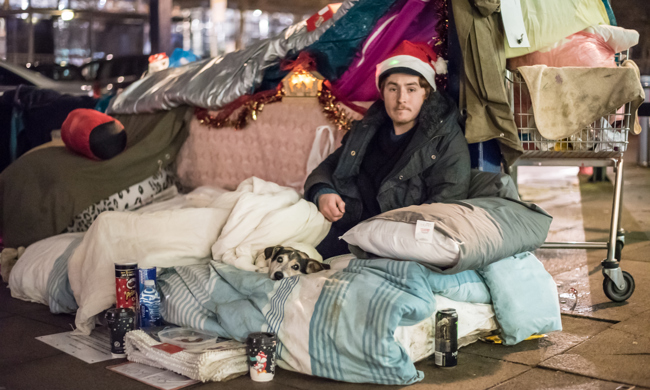