Number of rough sleepers in England soars by 165% since 2010 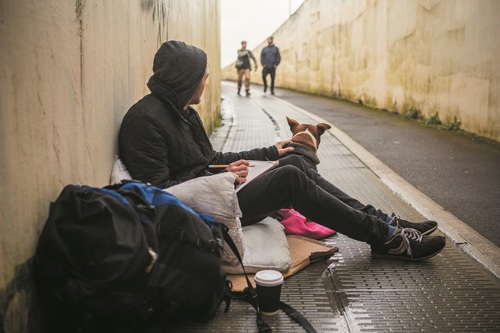 Today the Government has released its 2018 rough sleeping count figures for England. Based on the count or estimate from each local authority, the figures show that 4,677 people slept rough on a single given night in Autumn 2018.

The charity warns that the only way to end homelessness for good is to tackle the root causes of rough sleeping.

Responding to both sets of figures, Chief Executive of Crisis, Jon Sparkes said:

“It’s a damning reflection of our society that night after night, so many people are forced to sleep rough on our streets – with numbers soaring in the capital – especially when we know that with the right commitment, rough sleeping could be ended for good.

“Living on the streets is one of the most dangerous experiences anyone could face. Not only will rough sleepers experience extreme isolation and often severe weather conditions, but we know they have a high risk of dying young and our own research shows they are 17 times more likely to experience abuse than the general public. (3) (4) No one should have to live like this.

“If the government is serious about its pledge to end rough sleeping within the next decade, it must do more to address the root causes. This includes ensuring that housing allowance truly covers the cost of renting, and building significantly more social housing to meet the needs of people across the country. It’s the only way to prevent all forms of homelessness in the first place and truly end rough sleeping for good.”

PLEASE NOTE: background information/ comment covering the methodology of the Rough Sleeping Count compared to differing estimates/counts (such as CHAIN) is available upon request.