£46 and nowhere to go: why we need a housing plan for prison-leavers 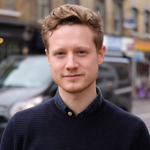 “The reason I got sent to jail was not having money and being homeless. Releasing me into the exact same situation - it doesn’t make any sense.” - Patrick, 21, Switchback Trainee.

After nearly two years in prison, Patrick was released with three plastic bags filled with his belongings, no phone and no place to stay. “Not having a plan caused anxiety”, he explains. “You're trying to change, but you have no money, you have nowhere to go”.

Patrick’s probation officer found him a room in a hostel, but it was riddled with bedbugs. As a result, Patrick slept on the floor of a friend’s house. “Being homeless can get in your head, and push you back towards stuff you don’t want to do”. 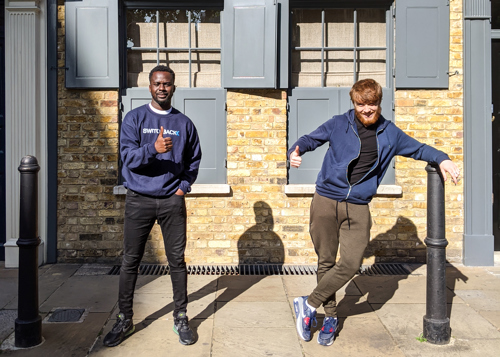 Patrick’s experience is all too common among people leaving prison into the pandemic. Government data shows almost a third (27%) of the 40,000 people released from prison during Covid-19 were released homeless or to unknown circumstances. At Switchback, our work with young prison-leavers in London suggests this is likely an underestimate. 'Everyone In' never fully extended to prison-leavers.

What's more, Switchback’s recent research shows record numbers of people released in 2020 were not only homeless but also had no ID, no bank account, no phone to contact essential services and with just the £46 'discharge grant' to survive (the same rate since 1996).

This not only impacts prison-leavers’ ability to stay safe. It is also risking harm to all of society through more crime and reoffending, increased transmission of the virus (infections in prisons rose by nearly 70% in December), and extra strain on public services and spending. Research shows that being homeless increases the risk of reoffending by over 50%. And it is charities like Switchback, skilled in building transformative relationships, that are instead struggling to plug the gaps: navigating housing applications and providing emergency food vouchers simply so young men can survive.

During the pandemic the government launched a scheme offering prison-leavers 56 days of temporary accommodation on release. However, while this provided welcome relief for some, many missed out, and limited move-on support means many now face another cliff-edge eight weeks later.

Switchback Trainee Daniel, 24, for example, was forced to sleep in a friend’s car after his 56-day placement ended and the local authority deemed him insufficiently ‘vulnerable’ for further housing support (a common outcome for prison-leavers). Another Trainee, Jamie, resorted to sofa surfing after his funding ended and probation couldn’t find him another option. After travelling across London in search of housing, he’s now contracted Covid.

To prevent an imminent crisis this Spring, funding for temporary accommodation should be extended nationally to ensure no one falls through the gaps (a new government initiative announced last month won’t apply in many areas, including London). However, temporary schemes can only ever be that: temporary.

There is a bigger opportunity here for this emergency to mark a turning point for action.

To recognise that by the time someone reaches the end of their sentence facing homelessness, the system has already failed. To raise our ambitions from precarious and short-term fixes to stable, sustainable homes for all at the point of release.

To make this a reality, the government needs a long-term housing plan for prison-leavers. This will require cross-government support, leadership and funding. The plan must bring together national and local agencies, charities, housing providers and landlords, acting early to identify need and coordinate access to good homes upon release. Increasing supply must be part of the picture. And investment will be needed in skilled 1-to-1 support to ensure people can maintain tenancies into the future.

Patrick, with the support of his Switchback Mentor, has now moved into a shared flat in South London. “It gives you comfort, security. I'm so happy most of the time now I don't even leave my room. I even got a gardening job through my new housemate. It’s helped a lot.” Switchback supported Patrick to find stability in spite of the system, not because of it. For the next 40,000 people released from prison, there is a chance to write a different story. The government should take it.

Names have been changed in this piece to protect identities.