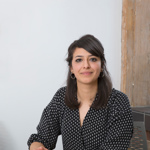 Over the past couple of weeks, I have been fortunate enough to travel round the US as a Winston Churchill Memorial Trust Fellow to find out more about how other organisations are campaigning to build public and political support to end homelessness.

Along the way, I have gathered lots of valuable lessons on how to do this, as well as deliver effective homelessness services from some incredibly inspiring not-for-profit organisations and government agencies. It’s also been an opportunity for me to talk a bit more about how we work to prevent and resolve people’s homelessness in the UK, and the challenges we face in doing so.

With these lessons came a stark reminder of the significant differences between our two systems, none more so than with regards to welfare support. One of the questions I was asked time and time again by the people I met, was why, when we have a housing benefit system based on need, does homelessness still exist in the UK?

In the US, the housing benefit – housing subsidy – system is made up of a series of pots administered at a federal, state and city level. The key difference is that these pots are limited, and once they run out, they run out. As a result, it’s estimated that only 1 in 4 households in the US who require the subsidy actually receive it. In this situation, it’s clear to see how a lack of affordable housing drives homelessness.

But why when we have a very different system, that’s based on need, does homelessness still exist?

The answer is simple. Because since 2011, cuts and a subsequent freeze to Local Housing Allowance rates means that the gap between private market rents and what people actually receive in housing benefit has grown substantially. Research for our Cover the Cost report found that last year, in 92 per cent of areas across Great Britain, only one in five or less privately rented homes were affordable within Local Housing Allowance rates to single people, couples, or small families. As a result, thousands of people are locked in a struggle to keep a roof over their head and pay for the basics like food and bills. When this constant pressure becomes too much people lose their home.

My experience in the US served as an important reminder that by comparison, at its core, we have a housing benefit system – based on need – that should work as one of the most effective tools in our box to prevent people from ever experiencing homelessness in the first place. But a failure to sufficiently invest in this system means we are missing a vital opportunity to maximise this resource to its potential.

That’s why Crisis, along with the Local Government Association, Residential Landlords Association, Shelter, Joseph Rowntree Foundation, London Councils, Centrepoint, Homeless Link, District Councils Network and the Chartered Institute of Housing, is calling on the Government to commit to restoring Local Housing Allowance rates to cover at least the cheapest third of private rents in the upcoming Spending Review.

When some people are struggling, it has an impact on our whole society. But together, we can strengthen our welfare system, so that we all have the support we need when we face difficult times and we can build a society where homelessness has no place.

The UK Government has an important opportunity, and vitally it has the existing infrastructure to lift thousands of people out of poverty, reducing their risk of homelessness and creating a strong and more stable society for us all. Let’s make sure we use it.

You can join our #CovertheCost campaign here.