'No Fixed Abode': an investigation into the the numbers dying on Britain’s streets 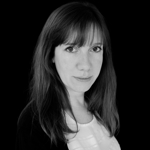 Between October 2017 and March 2019, more than 800 people died while homeless. This is a national scandal.

Journalist Maeve McClenaghan has spent years investigating the crisis. Her new book No Fixed Abode challenges assumptions and shows that this devastating problem is not impossible to solve.

To coincide with the publication of her book, Maeve has written a blog for Crisis about what she learned from attending one of our Crisis at Christmas centres and meeting Aisha, a guest at the centre, in December 2018.

I was still feeling a little unsure of myself when Aisha sat down at my table and flashed me a wide smile. It was December 2018 and I was visiting a Crisis at Christmas shelter in north London, part of the research for my book No Fixed Abode.

I had spent the previous year travelling the country from Glasgow to Brighton, interviewing scores of people, shadowing soup kitchens volunteers and squatters, attending inquests and court hearings, all in the attempt to get the answer to a simple question: how many people were dying homeless in the UK?

I had started my sad mission the winter before when, after a series of phone calls and inquiries to everyone I could think of, I realised that no-one was logging how and when people were dying. Stories about individual deaths would sometimes appear in local newspapers, but there was never any real exploration of who these people were, nor was there any exploration of how and why they were dying early, unnecessary deaths.

People were passing away without any real attention, lives were slipping through the gaps in the safety net and no-one was being held to account.

But what started as an investigation to log those numbers soon became something more. Over weeks, then months spent talking to those experiencing homelessness I came to understand more of how it is that the UK, one of the richest economies in the world, has seen homelessness figures rocket, the number of people sleeping rough having increased 141% since 2010.

And I came to hear of the work being done quietly, doggedly in the shadows. People working to save the lives of some of the most vulnerable in society, to help give them a leg up out of homelessness. People like those working at Crisis.

After meeting Aisha in that Crisis at Christmas shelter I understood something else: soup kitchens kept people fed, church halls provided a roof over people’s heads during the winter months, but life is about more than mere survival. At the Crisis shelter I saw in action, what had been missing from so many people’s lives: empathy, care, joy.

Aisha had arrived at the shelter miserable. She had only been homeless for a few weeks, having been kicked out from sofa surfing at her cousin’s flat. She was looking for work but had just had her benefits docked and had barely enough money to eat. She had just got her period and was feeling crampy and unclean. At the shelter a volunteer noticed her grimace of pain and found her sanitary pads, a hot water bottle and somewhere quiet to lie down. Later she had her nails painted, her hair cut and she even luxuriated in a massage.

When I met up with her again a few days later she was still glowing from the experience. It had given her a burst of positivity, even when she had to leave and return to the carousel of moving from one church hall floor to another every night throughout the winter.

The joy I saw in Aisha stayed with me as I wrote No FIxed Abode. Even at her lowest point she had hope that things would get better - that she’d find a more permanent room in a shelter, that she’d get a job and go to college, to train to eventually become a nurse.

Not everyone’s story was so uplifting.

In the end I logged the deaths of 800 people who died over an 18 month period. Some slept in tents on the streets, others were sofa surfing or bedding down in squats. Others had been housed for months in B&Bs or similar. At last we had a figure - a sense of the scale of the tragedy. But this was about more than numbers, every one of those 800 people had had hopes and dreams, had friends or family who missed them. Every one of them had had a point where their lives could have gone another way.

No Fixed Abode by Maeve McClenaghan is available to purchase now.