Rough sleeping in the last decade: what the numbers can - and can't - tell us 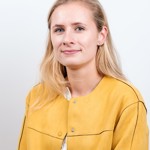 Today the ONS published a report compiling existing data on trends in rough sleeping across the UK. This data is important - to end rough sleeping, the most brutal and devastating form of homelessness, we need to understand and measure the true scale of the problem.

But for many years now, we have raised concerns that the data collected in each of the four nations, while useful for showing trends, fails to capture its true scale. Poor data means a poor understanding of the support needed to end rough sleeping, and indeed other forms of homelessness, for good.

With a commitment from the Westminster Government to end rough sleeping by 2024, and Government action plans in both Scotland Wales to end all forms of homelessness, this should be something national governments are concerned by too.

What does the existing data tell us?

Trends in rough sleeping levels vary across each country of the UK but each show recent peaks in either 2017 or 2018, with small reductions in 2019 and substantial reductions during 2020, driven by the provision of emergency support as a response to the COVID-19 crisis. However, the number of people sleeping rough remains too high, with substantial increases in rough sleeping having been seen over the last decade. For example, in England, where we have comparable data dating back to 2010, rough sleeping levels remain 50% higher than they were in 2010, with 2,688 people being recorded as rough sleeping in a single night in 2020 compared to 1,768 in 2010, despite the emergency accommodation made available during the pandemic. Whilst differing approaches to measuring rough sleeping make comparisons difficult, similar patterns are seen in Wales, Scotland and Northern Ireland, although levels remain significantly lower than in England.

If governments are serious about supporting people who are rough sleeping to permanently end their homelessness, then they should be serious about understanding the scale of the problem. This is vital to keeping track of whether people’s homelessness is ended or whether or not they continue to cycle in and out of homelessness services. But how do they currently measure it?

How is rough sleeping currently measured across the UK?

Homelessness policy is devolved across the UK and each of the four nations takes a slightly different approach. In England, Wales and Northern Ireland estimates of the number of people sleeping rough are based on a snapshot over a short period (a single night in the case of England and Northern Ireland and two weeks in the case of Wales), whereby a physical street count or an estimate informed by people working in local homelessness services is recorded (or both).

Scotland takes a different approach, using data recorded when people come to their local authority for homelessness help, where individuals are asked if they have slept rough within the last three months. Whilst this may capture a greater portion of those who are rough sleeping than single night count it still leads to an underestimate of the scale of the problem as many people will not approach their council for support after sleeping rough.

The dangers of underestimating the scale of rough sleeping are real: it means that the solutions needed to end one of the most pressing issues of our time may not be being properly funded or resourced.  With  37,430 people having been supported in England so far through the Government’s Everyone In scheme in response to the COVID crisis, this exposes how much bigger this issue is, and shows this concern is not a small one. Although not all of those supported through Everyone In will have been sleeping rough previously many will have been, and the magnitude of these discrepancies in estimates are cause for concern.

Is there a better way to measure the levels of rough sleeping and what more needs to be done?

One notable omission from the report released by the ONS today was any mention of the CHAIN data collected by the Greater London Authority (GLA). Collected daily by outreach workers and services based on individual interactions it shows the ‘flow’ of rough sleepers rather than a single snapshot in time. It shows the number of people who are new to the street, are returning to rough sleeping or who are long-term rough sleepers. It also tells us about the support people need and their reason for becoming homeless. Such data allows us to better gauge both the true scale of rough sleeping and the support needed by individuals to end their homelessness for good. Whilst CHAIN is not without its limitations, for example it doesn’t integrate with statutory data and is currently only available to commissioned services, it remains the best existing approach for data collection on rough sleepers.

Crisis wants to see a CHAIN-like system used to count people rough sleeping, based on face-to-face interactions with individual rough sleepers, rolled out across the country. With this information we will be able to properly fund and resource the services and solutions needed to end rough sleeping.