The numbers game: understanding the true scale of rough sleeping 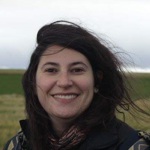 To end homelessness, we need to understand and measure the true scale of the problem. Good data helps us to explore how the problem has changed over time, as well as an understanding of the support people experiencing homelessness need. In the context of rough sleeping, this is vital to inform the scale of housing needed to ensure that when someone ends up sleeping rough, they can be rehoused quickly, and that the support and services needed are available to make sure that no one returns to the street.

Last week the government released the annual rough sleeping count in England. These figures, based on a count or estimate, show that there were 4677 people thought to be sleeping rough in each local authority area on a single night in Autumn 2018. This is a slight decrease (2%) on last year’s rough sleeping count, but still shows a 165% increase since 2010 when this count methodology began.

Alongside this, the Greater London Authority (GLA) has released its quarterly figures showing rough sleeping numbers across London. These statistics collected through the Combined Homelessness and Information Network (CHAIN) show that 3289 people were seen sleeping rough in London between October and December 2018. This a 6% increase on the previous three months, and a 25% increase on the same time last year.

And today the Welsh government has released its annual rough sleeping count. These figures based on a two phased approach show that there were 347 people estimated to be rough sleeping between a two week period in October 2018, an increase of 1% from 2017; and that 158 people were identified sleeping rough on a single night in November 2018, a 16% decrease from 2017.

Every one of these uses a different method to calculate the numbers of people sleeping rough. So how do we navigate through these to understand the true scale of rough sleeping?

What are the different ways we measure rough sleeping?

The most robust and comprehensive rough sleeping data in the UK comes from the CHAIN database. Collected by outreach workers and services based on individual interactions it shows the ‘flow’ of rough sleepers rather than a single snapshot in time. This means we can see the numbers of people who are new to the street, are returning to rough sleeping or are long-term rough sleepers. It also helps to understand more about the individuals experiencing rough sleeping including the support they need, their reason for becoming homeless, and if they have been placed in accommodation previously. Whilst CHAIN is not without its limitations, for example it doesn’t integrate with statutory data and is currently only available to commissioned services, with some key improvements it remains the best approach for data collection on rough sleepers.

At the other end of the scale are the England rough sleeping count statistics which are widely interpreted as substantially understating the true scale of rough sleeping. In 2015 the UK statistics authority concluded they fell short in terms of 'trustworthiness, quality and value'. These are calculated based on a snapshot methodology of either a physical count or an intelligence informed estimate of the number of people sleeping rough in a local authority area, with the count represent the number of people sleeping rough on a ‘typical night’. Despite their shortcomings these figures are best regarded as showing trends in rough sleeping in England and show a rapid increase since 2010 with a slight decrease in the latest release.

In Wales, and in recognition that a snapshot count has several limitations, a hybrid approach is used, combining a local authority estimate over a two-week period with a physical count on one night. Whilst this approach provides greater intelligence on the numbers of rough sleepers it is still reliant on a snapshot estimate and a time-limited record.

Unlike in England and Wales, Scotland doesn’t conduct an annual rough sleeping count, instead uses the data recorded when people come to their local authority for homelessness help, where individuals are asked if they have slept rough within the last three months. Despite potentially capturing a wider range of people than in England and Wales this method is still likely to be an underestimate as many people will not present to their council after they have slept rough.

To help better understand the scale of rough sleeping across the country Crisis commissioned Heriot-Watt university to develop a model based on both secondary data sources and triangulation methods to estimate a complete picture of rough sleeping. In December 2018 Crisis published updated figures based on this method which estimated that in 2017 there were 12,300 people sleeping rough on any given night (11,000 in England, 950 in Scotland, and 350 in Wales).

Developing a CHAIN like system across each nation in Great Britain remains the best option to address inconsistencies in rough sleeping data and to improve on quality and value. In Scotland, through the recommendations from the Homelessness and Rough Sleeping Action Group (HARSAG), and in Wales through the Street Homeless Information Network, positive steps are being taken to move towards this approach. In England through the rough sleeping strategy there are plans to design local data pilots.  Improvements in data will ultimately help to improve decisions on service design and deliver.

Despite this variation in the statistics related to rough sleeping what they all do is show the trends over time, and looking through this lens reminds us that no matter which figures we are using they are a stark reminder of those at the most visible and damaging end of the homelessness crisis and failure to act urgently to tackle the root causes of homelessness will do nothing to reverse these trends.