Research carried out by the University of York and University of Pennsylvania examining the financial implications of extending homelessness prevention services in England. This report draws on in-depth interviews with 86 people who had been homeless for at least 90 days to unpick the reduction in public spending that would occur if their homelessness had been prevented.

This research asked 86 people who had been homeless for at least 90 days about
the services they had used. The research also asked them to describe any forms of support that would have prevented their current homelessness. 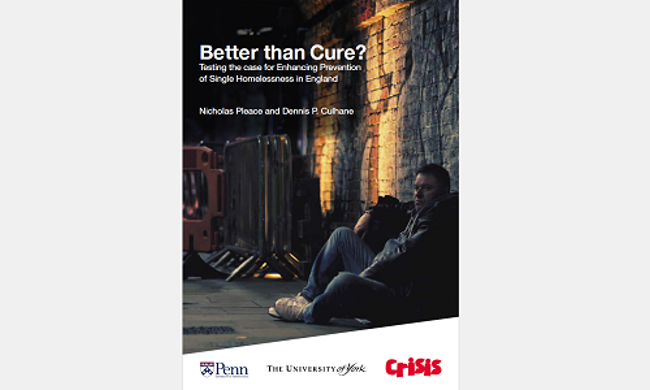