The study aimed to test the feasibility of implementing Housing First at scale within the Liverpool City Region (LCR). It was commissioned by Crisis, with funding from the (UK Government) Department for Communities and Local Government and the Housing First Europe Hub. It was conducted by a consortium led by Imogen Blood & Associates and including Housing & Support Partnership, HGO Consultancy, and the Centre for Housing Policy (University of York). 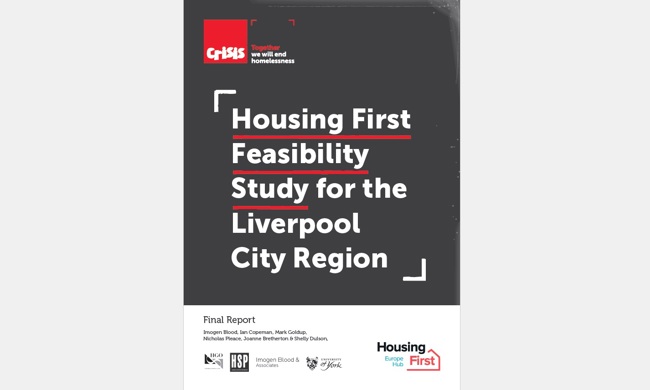