The Sustain project is a longitudinal qualitative research study of people’s wellbeing and outcomes in private rented sector (PRS) housing. It focuses on the experiences of people who have been resettled in private rental tenancies after being homeless, exploring different aspects of this experience, and sustainability of the PRS as a housing option. 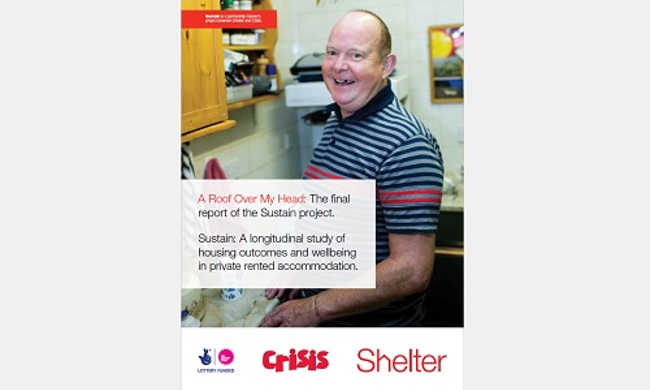