Rough sleeping is the most visible form of homelessness but there are a wide range of situations that are also described as homelessness. Understanding each type of homelessness leads to better support and a better view of homelessness as a whole. Building a picture of the number of people who are homeless is complicated. This is due to the different ways each type is counted and the limitations of each approach.

The full picture of rough sleeping across UK is unknown. The Rough Sleeping Count gives an estimated snapshot of rough sleeping. The UK Statistics Authority was highly critical of these statistics, stating that they did not meet the required standards to be designated as ‘National Statistics’.

The London based CHAIN database currently provides the most robust and comprehensive statistics on rough sleeping. This data shows London rough sleeping levels which having risen by 104% to 8,108 since 2010.

78,930 households were in temporary accommodation on 31 December 2017. 60,520 of these households included dependent children and/or a pregnant woman. There were 120,510 children or expected children within these families. (Statutory homelessness and prevention and relief, October to December 2016: England)

Each type of temporary accommodation has its own rules on access and lengths of stay and may not always be appropriate for the individuals staying in them.

The majority of homeless people are hidden from statistics and services as they are dealing with their situation informally. This means staying with family and friends, sofa surfing, living in unsuitable housing such as squats or in ‘beds in shed’ situations (The Homelessness Monitor: England 2018). All these situations leave the person extremely vulnerable. The majority of the hidden homeless will have slept rough at some time (The hidden truth about homelessness, 2011). 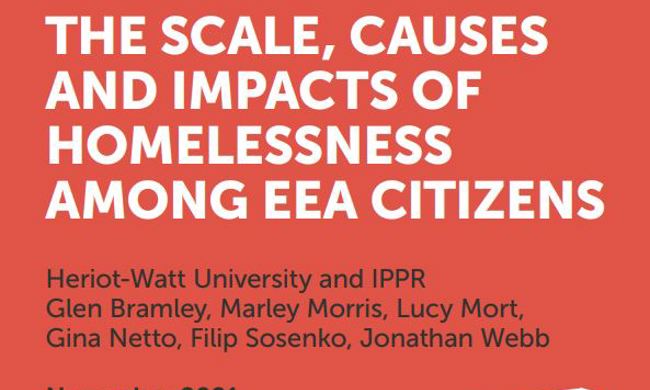 We want to better understand the experience of in-work homelessness across England, Scotland and Wales

Based on face-to-face interviews with 114 people with current or recent experience of sofa surfin... 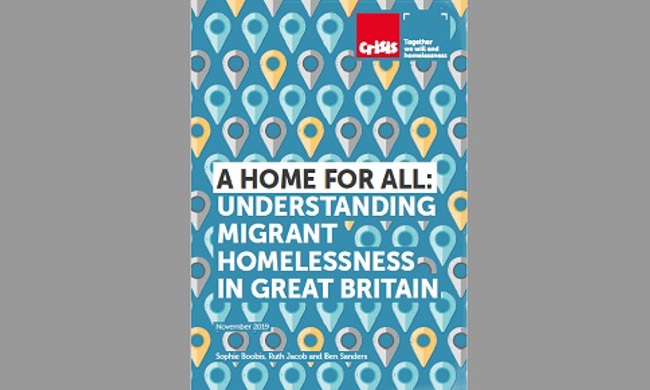 A Home For All: Understanding Migrant Homelessness in Great Britain

This report presents the findings of Crisis scoping research looking at the different experiences of homelessness that migrants face across Britain.

Number of rough sleepers in England soars by 165% since 2010

Today the Government has released its 2018 rough sleeping count figures for England. Based on the count or estimate from each local authority, the figures show that 4,677 people slept rough on a single given night in Autumn 2018.

Department for Communities and Local Government

Department for Communities and Local Govenment