The research aimed to examine how enforcement was being used specifically to address street homelessness. Whilst the research looked at behaviour that was associated with rough sleeping, such as begging and street drinking, this was not the primary focus of the analysis. In doing, so the report has analysed the extent to which enforcement measures impact on homeless people, local authorities, and other statutory and non-statutory services and how they interact with strategies to address wider antisocial behaviour.

Sander, B. & Albanese, F. (2017) An examination of the scale and impact of enforcement interventions on street homeless people in England and Wales. London: Crisis. 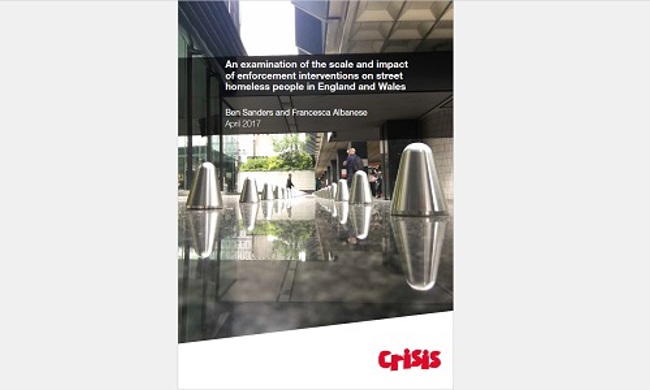