This summary report is the first part of a two-part study examining the current and projected levels of different categories of homelessness, defined as ‘core’ and ‘wider’ homelessness. The figures set out in this report examine current levels of core homelessness across England, Scotland and Wales, their projected levels until 2041, factors driving these and the potential impact of policy measures to address the issue. 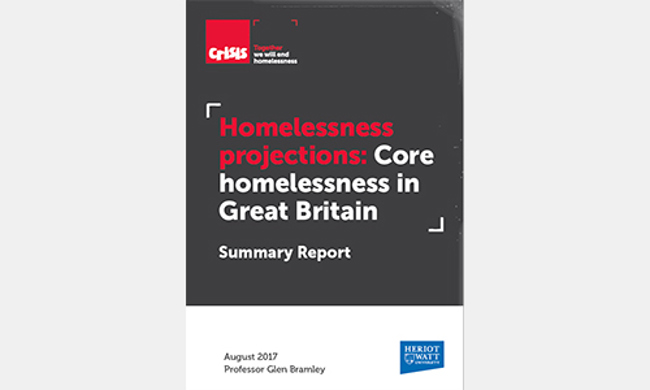