No one should be left homeless because of where they are from.

Currently, many non-UK nationals living in Britain find it difficult to access the support they need to prevent or end their homelessness. We all need a safe and stable home. But for many people living in this country their immigration status makes it more difficult for them to move out of homelessness.

Many people who have built their lives in Britain - who work here, raise their families here and are a vital part of our communities - find themselves turned away from support when they need it most, simply because of where they were born.

We are calling on the UK Government to make sure that protection from homelessness is there for everyone who needs it.

The scale of homelessness and housing difficulties faced by EU citizens in the UK has become a growing concern.

The causes of homelessness for EU nationals are similar to those experienced by the wider population, but they are compounded by restrictions that limit the support that some EU citizens can access. This means that when people find themselves struggling, whether because of a bereavement, a relationship breakdown or illness, they can be left without a proper safety net.

This pushes people into homelessness and can leave people living in limbo, trying to resolve their housing and employment issues, without any support to help them while they do so.

We need a new strategy to end homelessness that addresses the specific barriers faced by people who are not originally from the UK and tackles the issues that force people to sleep rough. This must include housing and employment support for EU citizens who are currently sleeping rough and struggling to access the support they need.

Many non-UK nationals who have made their home here face restrictions on the support they can access because of their immigration status. This includes people who have the right to live and work in the UK.

This means that unexpected events, like illness or losing a job, can leave people without financial support to help cover essentials like food and rent. This can push people into homelessness.

We are calling on the Government to set out a bold new vision that ensures everyone experiencing homelessness has a route to move into safe and stable housing.

Since 2016, landlords in England have had to check the immigration status of prospective tenants before granting them a tenancy. This is known as right to rent.

If a landlord or letting agent fails to carry out this check and is found to be letting a property to someone who does not have the right to rent in England, they could face criminal charges and a significant fine.

Before the policy was rolled out, the Government commissioned a pilot. The evaluation of the pilot found that it caused homelessness and made it more difficult for people without documentation to access homes in the private rented sector.

Since the right to rent scheme has been rolled out across England, further evidence has shown that it causes landlords to discriminate against potential tenants because of their nationality and ethnicity.

In 2019, the High Court ruled that the Right to Rent scheme causes racial discrimination and breaches the European Convention on Human Rights. However, a year later the Court of Appeal overturned this judgment.

Although the new ruling accepted that the scheme had caused discrimination, the Court found that the Government’s aims when introducing the scheme justified the discriminatory effect.

We are calling on the Government to end this discriminatory policy so that more people are supported out of homelessness and can move into a safe and stable home.

Our campaign to support people experiencing homelessness in the UK who are originally from another country.

There are barriers to help everywhere you turn 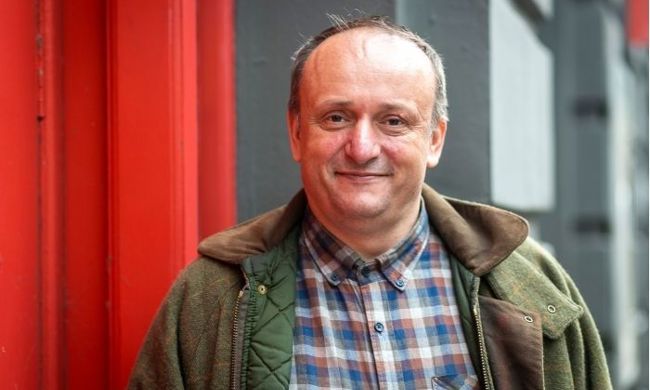 We are EU citizens who have lived in the UK for many years and are working with Crisis as Experts...

No-one should be punished for being homeless or destitute

But new immigration rules published last week would do exactly that. Under the new rules, which come into force on 1 December this year, rough sleeping will become grounds for refusing or cancelling someone’s right to remain in the UK.