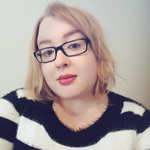 With a new Prime Minister has come an almost entirely new team of fresh faces at the Ministry for Housing, Communities and Local Government. Our new Secretary of State, Rt Hon Robert Jenrick MP, has inherited a legacy of proactivity on prevention of rough sleeping and homelessness.

Yet there is so much more that needs to happen to make a real and tangible impact for the long term. Here are five key measures which this Government needs to take to demonstrate this commitment:

The addition of the new Housing Minister, Esther McVey, to the Cabinet is a clear demonstration that housing will be given due prominence by the new Government. A perfect time, then, for a commitment from the Government to improve access to truly affordable housing to support people on lower incomes.

Our research demonstrates that at least 90,000 social rent homes must be built every year for the next 15 years in order for supply to keep up with demand. The impact this would have on the number of people becoming homeless is considerable. This, alongside measures to support tenants in the private rented sector to maintain their homes by ending no fault evictions, could really help turn the tide of homelessness.

Housing First has been proven to be one of the most effective ways to support entrenched rough sleepers into long term accommodation, by acknowledging that people are more likely to successful overcome their circumstances when they have the safety of a roof over their heads. Three pilots are underway in the West Midlands, Liverpool and Manchester and, during the leadership campaign, Jeremy Hunt pledged to extend that further to three more cities, including London.

350 people in the UK have received Housing First support, but a further 18,500 people are in need of it. There is no reason at all why this good idea shouldn’t be carried forwards, or why other forms of rapid rehousing, like Critical Time Interventions, should not be explored. This Government should commit to extending the Housing First pilots into more cities, with a view to a full rollout around the UK, and combine this with more acute methods of intervention for maximum impact.

3. Use housing benefit to help people stay in their homes

While there is a new line up at the MHCLG, there has been some continuity at the Department for Work and Pensions, with Amber Rudd remaining as Secretary of State.

Our research shows that restoring Local Housing Allowance to rates which cover the bottom third of the market would have an immediate positive impact on homelessness prevention and reduction, as it gives people on low incomes a chance to rent in the private sector. It would also help more people to stay in their homes.

Rents have vastly increased across the country since the freeze was implemented, so now is the time for a new policy. The MHCLG and the DWP can make a big impact by working together on this issue and help people to Cover the Cost.

4. The language of homelessness

On that note, we have a largely new team at the Home Office as well and they too have a part to play in how we view and approach homelessness.

The Vagrancy Act of 1824’s preamble declares itself “An Act for the Punishment of idle and disorderly Persons, and Rogues and Vagabonds…”. This is the piece of legislation which is still being used to criminalise the act of rough sleeping and begging across England and Wales. As the legislation is under review as part of the Rough Sleeping Strategy, this is the Home Office’s moment to shine, and to take a stance that criminalisation should not be the first response to destitution.

Homelessness should not be a crime, and the police should be freed to use their time and resources tackling genuine criminality. And beyond the practicalities, are we really okay with being a society that finds the words ‘vagrant’ and ‘vagabond’ acceptable descriptive terms in our legal system? The new Home Secretary, Rt Hon Priti Patel MP, can make an immediate and lasting statement of values by supporting its repeal. It’s time to Scrap the Act.

The Government’s manifesto commitment to halve rough sleeping by 2022, and to end rough sleeping by 2027, was a bold statement of positive vision that must be honoured going forward. This will take some strong and decisive policies, investment in prevention and a willingness to listen to the evidence on what works.

And the one thing they shouldn’t do is…

Treat rough sleeping and homelessness as the same thing.

Rough sleeping is merely the end result of a journey which has included multiple missed opportunities to prevent homelessness. People who are sleeping on couches, on other people’s floors, or who are spending long periods of time in temporary accommodation that is completely unsuitable for their needs, are every bit as in need of support and prevention can make the biggest impact of all.

That is why this Government can and should be even bolder in its ambition and go beyond rough sleeping, with a ten-year action plan to end homelessness in all forms.