Viewing ‘the Vagrant’: the 1824 Vagrancy Act in action

In 1896 a “tramp” was given fourteen days’ hard labour after refusing a gardening work-duty at Market Harborough workhouse in Leicestershire. Thirty-three years later, in 1929, Scarborough magistrates were confronted with an elderly man, thought to be in his late 60s, charged with wandering with no visible means of subsistence, but whom fancied himself as a ‘student of law’. Over eighty court appearances had given this gentleman a very personal insight into the application of the vagrancy laws.

These individuals were one and the same: James Butcher.

Using Butcher’s 1896 vagrancy conviction certificate and applying genealogical methods, combined with a range of institution records and newspapers, it is possible to infill what occurred between these two court appearances and his earlier life.

Butcher is one of a number of “vagrants” whose stories are being dramatized by The Cardboard Citizens Theatre Company. In conjunction with Crisis these will be used to explore the historic application of the 1824 Vagrancy Act as part of the Scrap the Act campaign.

The 1824 Vagrancy Act, which remains in force today, was a Georgian response to ‘idle and disorderly persons’ behaving in anti-social ways. It criminalised an extremely wide range of actions, from fortune-telling to begging, rough sleeping to prostitution.

Prosecutions for begging and rough sleeping (sections 3 and 4 of the Act) escalated during the nineteenth century peaking at 38,773 per annum in 1913. Butcher was one of those statistics yet the authorities would have cared little for the reasons he was in this predicament.  So how can we move beyond the statistics?

Now it is possible to pursue individuals assumed to be missing from history. It is a challenge complicated by the sharing of common surnames, places of birth and ages. Problems are multiplied by the nature of recording keeping - misspellings, the provision of false information, variations in years of birth, for example. The authorities were alert to the use of aliases. But the ‘information state’ data does not reveal why someone adopted an alias. 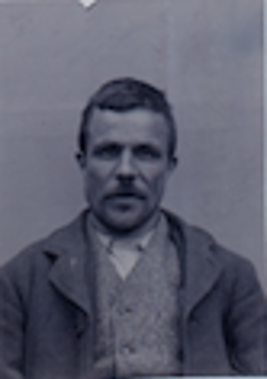 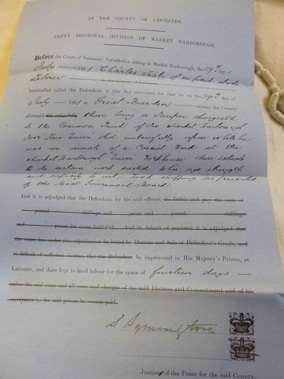 Others wanted anonymity. Horace Bonsor took John Smith – a name he had to live with whilst serving an eight-year sentence for hayrick-burning. Spanish-born Jose Jimenez (b. 1889) anglicised his name to avoid, unsuccessfully, the attentions of the authorities between 1911 and 1931.

Historians have speculated about the extent of 'tramp mobility', and the routes adopted. The individuals, in my research, moved around in varying degrees and with apparent randomness. Horace Ford confined himself to Northamptonshire, Buckinghamshire and Leicestershire. John Trowbridge circulated all over England and Wales. The cluster of vagrancy convictions along a Devon-Worcestershire axis become distinctive when it is known these were all Great Western Railway stations he had been based at.

Many of the stories reveal past traumas. This could be experiencing domestic violence in childhood as with Horace Ford. Or, as in Horace Bonsor’s case witnessing his father’s suicide, and then being orphaned to the workhouse. For others it was family disputes. Alfred Draper (1861-1924) was taken to court, by his father, for stealing shoe-making tools. The case was dismissed on the proviso Alfred went out into the world and made his own way: this he did by begging around Leicestershire, Staffordshire and Northamptonshire.

For others, their health (whether physical or mental) explains their tramping. Robert Fields (1846-1896) endured paralysis on his right side in 1868. In the view of the Army’s medical discharge officer, for Fields was an infantryman, it was unlikely he would ever earn a living again. He then circulated around eastern England with forays to London. John Trowbridge struggled with alcohol – it was why he was dismissed as an engine driver in 1894.  Horace Bonsor had three episodes in asylums suffering “mania” and suicidal thoughts . Today it would be recognised that he had learning difficulties. 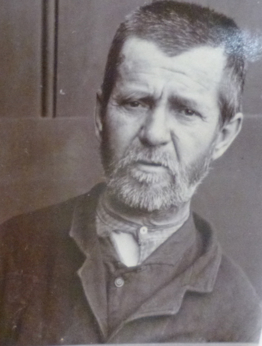 Women were homeless too, but like today, how they experienced it could be quite different to men. Some felt the inequities of the Vagrancy Act, although in considerably less numbers than men. Mary Ellen Norton and her mother were repeatedly prosecuted as they moved along the Fosse Way seeking fieldwork. Both Keturah Berrington (1866-1938) and Alberta/Kate Wood (1857-?1947; picture below) found themselves prosecuted for begging with false pretences. Neither was an outsider wayfarer but part of the Leicestershire population negotiating the fine line between poverty and vagrancy. 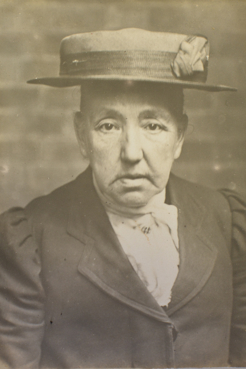 Alberta (alias Kate) Wood June 1916, the last of three prison images that survive for her. DE3831/305. © The Record Office for Leicestershire, Leicester and Rutland

The reconstruction process is rarely linear: gaps, and tantalising clues, remain unsolved. Take James Butcher whose mental health is questioned by the courts, and who claims to have been sectioned. But, as yet, no asylum admission record can be located.

Born near Blackburn in 1862, out of wedlock, from 1884 he served with the army, including overseas. After dismissal, he circulated the country. As a result of his vagrancy convictions (included several year-long sentences) he cumulatively spent more time in prison than outside. The vagrancy act criminalising, and institutionalising, him on account of his social condition.

To his contemporaries Butcher was a ‘scourge’ and ‘professional waster’. Today, he may experience different treatment, depending upon who located him on the streets. If in touch with an outreach team they would recognise him as having both a poverty and a housing need, and his ‘complex trauma’ would be acknowledged. But Butcher could still face criminalisation.

The 1824 Vagrancy Act remains in force, 2,365 prosecutions in 2016-17, with the authorities having additional anti-social behaviour legal powers. Despite all the improvements in homelessness policies, there persists, especially in the political and media spheres, rhetorical narratives that our Victorian predecessors would recognise and which stigmatise those most in need.

Join the Cardboard Citizens Theatre Company and Crisis on Tuesday 8 December at 6pm for a free online event exploring the Vagrancy Act.

This blog is based upon an ongoing research project into the hidden histories of homelessness in modern Britain. An article ‘Tramps’ Tales: Discovering the Life-Stories of Late Victorian and Edwardian Vagrants’ is published in the English Historical Review.