Crisis undertook qualitative interviews with twenty-seven people who use Crisis' own education, training and employment services in four areas across the UK to capture their experiences of participating in the Work Programme. 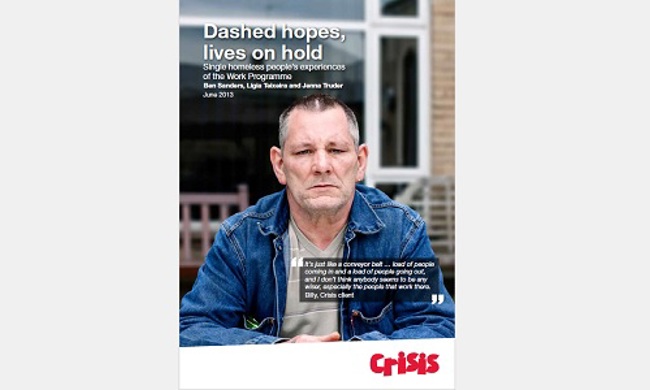