Homeless claimants are twice as likely to be sanctioned and have their allowances and housing benefits cut which can lead directly to further impoverishment. These issues can lead to homeless people dropping out of the system or turning to charities for support with employment and benefits.

Changes brought into the benefits system have impacted on particular groups of people. Combined with economic trends and higher housing costs welfare reforms have put some people at greater risk of homelessness.

Employment and the Work Programme

88% of homeless people have previously had a job (source: Dashed hopes, lives on hold, 2013)

The vast majority of homeless people want to work but often face complex barriers to finding and staying in employment. Schemes like the Work Programme while providing some support and training opportunities rarely lead to jobs for homeless people far from the labour market. Homeless claimants can instead often feel unheard and unsupported (Dashed hopes, lives on hold, 2013).

Only 20% of private landlords are willing to rent to homeless people (source: Home No less will do, 2016)

Private landlords can be reluctant to rent to homeless people and those on Housing Benefit. Universal Credit requires the benefit to be paid directly to claimants rather than to landlords. Direct payments can add to the stress of people living already complex lives and makes landlords see them as high risk tenants. Welfare changes have impacted some groups more than others.

Young people and large families have been particularly impacted by the restrictions to Local Housing Allowance, and the benefit cap. The cumulative impact of the welfare reforms combined with economic trends and higher housing costs in the private rented sector have increased poverty among working families. (Home: No less will do, 2016, The Homelessness Monitor and The withdrawal of support for housing costs under Universal Credit for young people, 2015).

Homeless people are twice as likely to be sanctioned than other benefit claimants. Vulnerable claimants are more likely to be sanctioned due to mental health and dependency issues. There are also issues with receiving, understanding and managing paperwork. Sanctions can push people away from the labour market, lead to debt, hunger, strained relationships and exacerbate mental and physical health problems. In this research, 21% of respondents said they became homeless as a result of being sanctioned (Homeless people’s experiences of welfare conditionality and benefit sanctions, 2015). 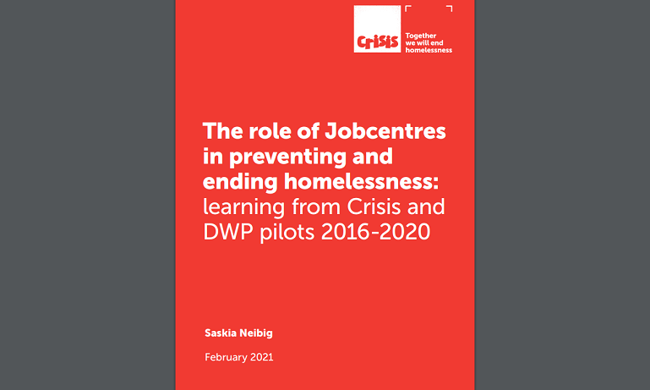 The role of Jobcentres in preventing and ending homelessness: learning from Crisis and DWP pilots 2016-2020

Since 2016, Crisis and several Jobcentres have developed partnership arrangements to co-ordinate... 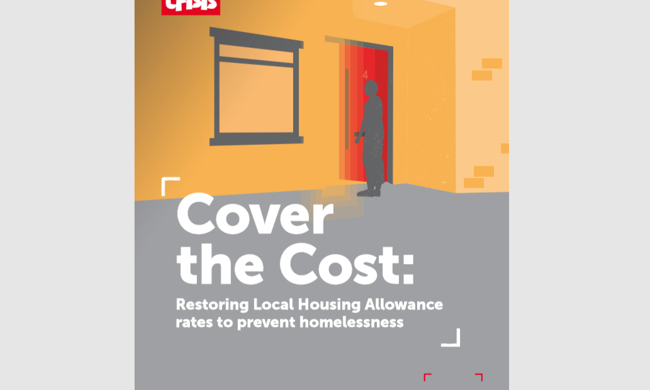 This report is the second in a series for Crisis’ Cover the Cost campaign. The campaign is aimed at securing investment into Local Housing Allowance rates (commonly known as Housing Benefit). 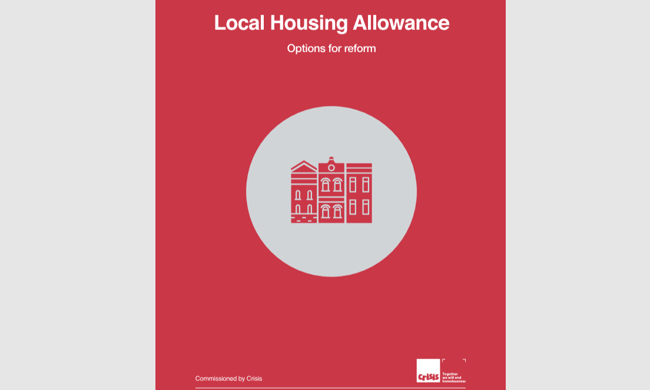 Crisis commissioned Alma Economics to examine a range of ten options for ending the freeze in Local Housing Allowance (LHA) rates, analysing the costs, benefits, poverty reduction and homelessness reduction for each option. 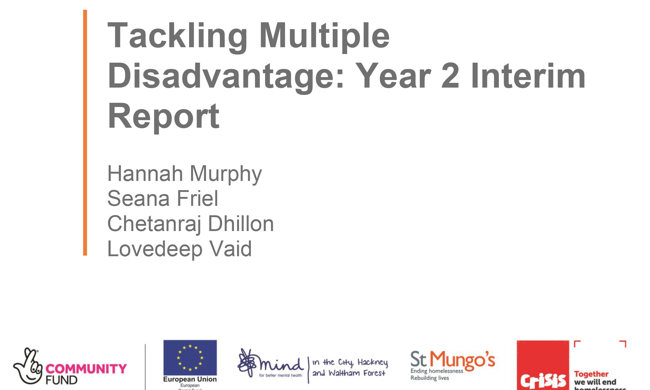 This interim report is the second of three reports for the evaluation of the Tackling Multiple Di... 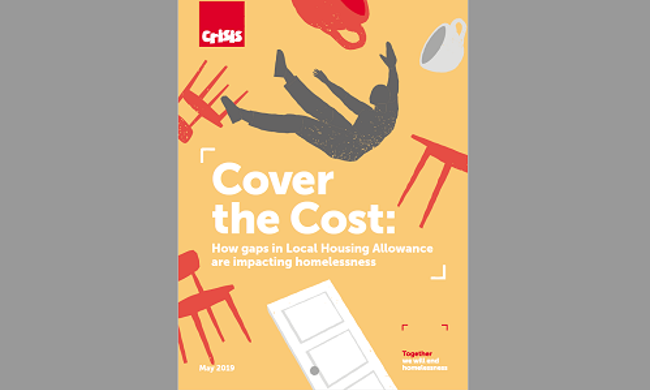 How gaps in Local Housing Allowance are impacting homelessness

This report examines the impact of cumulative underinvestment in Local Housing Allowance rates on... 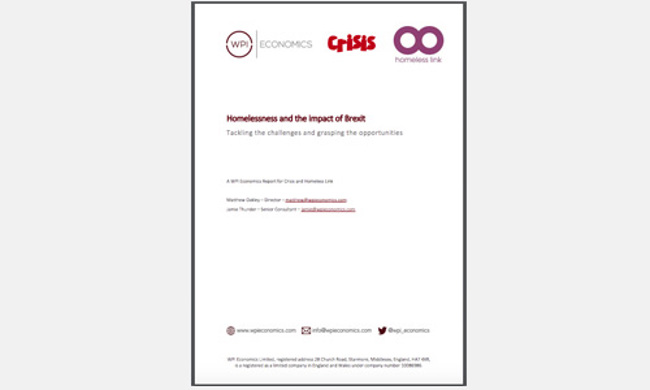 Homelessness & the impact of Brexit: The challenges and opportunities

The UK’s exit from the European Union will pose major challenges and opportunities for every policy area – including the growing issue of homelessness.