This study investigates the mortality of homeless people in England for the period 2001-2009. It finds that homeless people are more likely to die young, with an average age of death of 47 years old, compared to 77 for the general population.

As these findings clearly indicate, being homeless is incredibly difficult both physically and mentally and has significant impacts on people’s health and well being. Homelessness leads to very premature mortality and increased mortality rates. Ultimately, homelessness kills.

Thomas, B. (2012) Homelessness kills: An analysis of the mortality of homeless people in early twenty-first century England. London: Crisis. 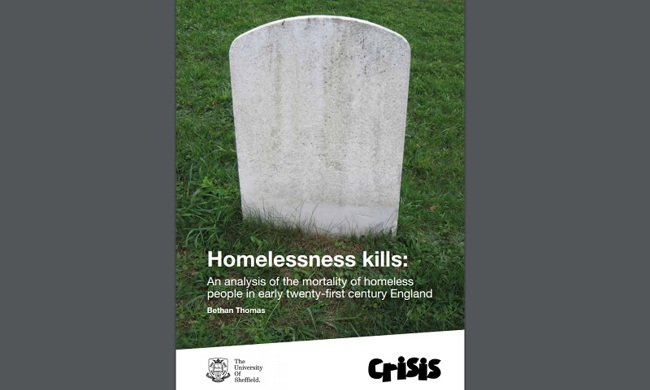