It is commonly accepted that mental health problems are much more common among homeless and vulnerably housed people than in the general population. In many instances mental health problems played a significant part in the circumstances which caused those persons to lose their accommodation. The mental health problem may then be exacerbated by the stresses associated with being homeless, which in turn will make it even harder for that person to achieve stability in their housing.

The majority of research into homelessness and mental health considers large urban populations and studies concentrate on the street and shelter populations. Less is known about the mental health of those who live in temporary accommodation or who are part of “the hidden homeless” in unsatisfactory or unstable accommodation or who are outside the main cities of London, Birmingham, Edinburgh and Belfast.

The extent of mental ill health in people who are homeless

Gaps in knowledge include: 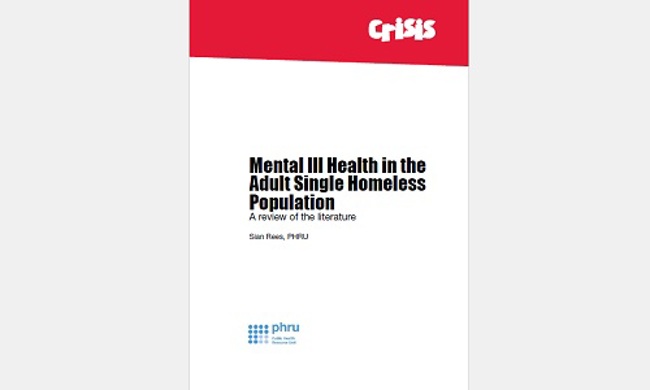