In This Together: large grants evaluation report (2022)

The beginning of the COVID-19 pandemic increased the pressure on the services supporting people facing homelessness which have seen an increase in the volume and need of people seeking help at a time when their income and fundraising models are also at risk.

Crisis’ “In This Together” (ITT) programme was set up in the beginning of 2020 to support groups and organisations which were affected by additional demands or expanded their provision to accommodate the exceptional circumstances of the first wave of the pandemic.

As part of the ITT large grants programme, 23 organisations jointly received £832,685, with amounts awarded varying between £10k and £50k. 22 grantees concluded their projects by September 2021. This report is based on the survey and semi-structured interviews, in which 20 and 19 of eligible grantees participated, respectively.

This evaluation focuses on the relevance of the programme, documents the outputs and outcomes, and identifies the challenges and longer-term learning from the funded projects.

The small grants evaluation report was published separately in January 2021.

Crisis Research and Evaluation Team. (2022) "In This Together" large grants evaluation. London: Crisis. 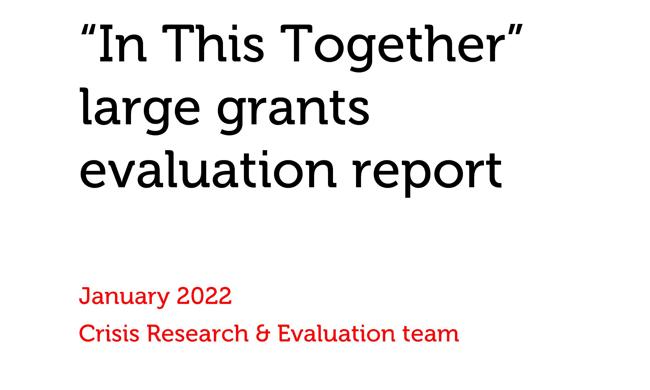 "In This Together" Large Grants Evaluation Report 2022 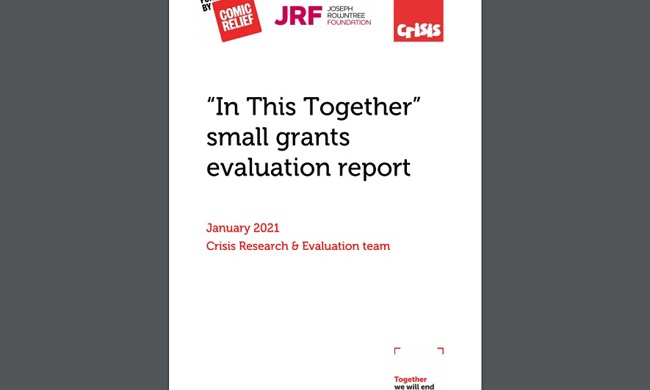 "In This Together" small grants evaluation report (2021)

Crisis’ “In This Together” (ITT) small grants programme was set up to support groups and organisa...