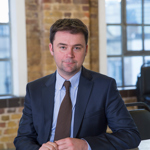 In recent weeks and months, we’ve learned that a number of Crisis clients have been caught up in the Government’s policy to detain rough sleepers from the European Economic Area (EEA) and send them back to their country of origin. It’s hard to imagine UK nationals ever being treated with such little respect for their wishes or wellbeing, and we’re urging the Government to suspend this policy immediately.

We’re not alone in raising these concerns. Just this week, a complaint was filed with the EU Commission by FEANTSA – a respected umbrella body for homelessness organisations across Europe - who claim the UK policy abuses EU free movement rights and criminalises vulnerable people.

Regardless of people’s views on free movement, the disturbing reality is that we simply don’t know what’s happening to these people. Neither do we know how many of our own clients have been affected. Some have simply disappeared without notice or trace. What we do know is that these people were actively using our services – looking for a job, working towards qualifications, learning new skills, and attempting to find accommodation.

What this means is that rough sleepers with good prospects of recovery are being detained and removed from the UK without regard for their wishes or even their best interests. The policy takes no account of the reasons people might be in the UK to start with, or indeed how long people have lived here. Perhaps most fundamentally, it also completely ignores whether it is safe for people to return to their country of origin.

The policy in question was rolled out nationally in 2016 with the aim of ‘increas[ing] the number of rough sleeping EU migrants returning to their home countries’. While Home Office guidance states that it would be disproportionate to remove a rough sleeper who is not engaged in criminal behaviour and who is actively looking for accommodation, nevertheless this is precisely what is happening. And it is being done without the knowledge or support of the homelessness teams with the most understanding of the people involved.

This is indiscriminate and unacceptable. It is also potentially very dangerous, as we have no evidence that the health needs of people detained are being properly managed, while the safety and security of detention centres remains a matter of public concern.

Of course, something has to be done to address the problem. Sleeping on the street is incredibly dangerous: rough sleepers are 17 times more likely to be a victim of violence and the average age of death for a homeless person is just 47. Yet the response needs to focus on what is best for the individual. Some of the people detained and removed may have been in work, or even had a permanent right to reside in the UK. Furthermore, experts suggest that many homeless CEE nationals haven’t left the country at all, but could be hidden from view in more dangerous situations where it is even harder to get help.

In this context, homeless charities and local government have faced the brutal question of whether the safest outcome for rough sleepers is a ‘reconnection’ back to their country of origin, or whether support services in the UK might achieve a better outcome.

Crisis faces this dilemma on a daily basis, and if a person chooses to return to their country of origin we will support this, but we’ll also do everything we can to rebuild people’s lives here in the UK. What we cannot condone is the forced detention and removal of people for the sole reason that their lives have taken a turn for the worse.

Instead, we believe the answer must be to revisit whether state assistance within the UK can and should help. If it is true that people are avoiding help from outreach teams for fear of encountering the Home Office, then these people will become more vulnerable, not less.

It is our view that the detention and removal of migrant rough sleepers from the UK must stop. At the very least the current policy must be suspended until such time as the reality of what is happening to people is known, including how Home Office policy is working in practice.