'The new limit on stays in temporary accommodation is incredible, it’s going to change people’s lives.'

“It was a surprise to me the way it all happened, when I became homeless. I lost my job in 2015 after a period of ill-health and had to apply for welfare benefits. I had been staying in a private rental since 2012 and in late 2018, the landlord decided to sell the flat and gave me two months’ notice.

I was in a really difficult situation in the period of time between getting the notice and the end of the tenancy. I had no success in securing another private flat, due in part to my status as a Housing Benefit recipient. As soon as I was given notice, I went to Edinburgh Housing Advice Partnership who referred me to Crisis, who in turn advised me to contact the City of Edinburgh Council.

I went directly to the Council office and explained my situation, in short that I was going to be made homeless in two months time. Although I was given some information on the Council's procedure, I was told to come back and present as homeless on the day my tenancy ended. I couldn’t believe it. That the Council declined to act despite the opportunity to do so was a missed opportunity to prevent a case of homelessness.

On the day my tenancy ended, I went back to the Council to present as homeless. I sat and waited, then was called to an interview room and they said to me, ‘Okay we’ve got a spot in a B&B, there’s nowhere else for you to go’. I had no choice but to take it. That’s how I ended up in unsuitable temporary accommodation for six months.

The place was filthy. There were cockroaches and vermin – I saw dead mice on a weekly basis. The shower drain backed up, so you’d end up ankle deep in dirty water. It had a kitchen but no fridge or freezer. The other residents took the pots and pans so there was nothing to cook with. My room was on the fourth floor, but the kitchen was on the first floor, and the only place to get water. I have mobility problems so going up and down three flights of stairs to get a drink was far from ideal.

I had a room to myself but there were heavy restrictions on what you could do. I had to leave the key when I left and be buzzed in when returning. There was a curfew. I couldn’t spend a night away or stay with friends. The staff were often dismissive, unhelpful, and rude.

Last summer, I was accepted into the Crisis Help to Rent scheme. Even when applying through letting agents participating in the scheme, I was unable to find success. In many cases, letting agents on the scheme were not honouring the agreement they had made with Crisis. I was viewing about 10 flats a week, and applying for more but, again and again, was unable to get through the selection process and secure a tenancy.

I was a good candidate on paper. I have no history of rent arrears, anti-social problems or any other issues while maintaining private tenancies for many years, including when receiving Housing Benefit. I was able to provide an excellent reference from my previous letting agency, but this made no difference.

The Council put me on PSL (private sector leasing) list. After six months of being in the B&B, I was offered a flat. I went to view it and was told that the decision had be made then and there whether I should take it. I completed the paperwork then and moved the next day. It was an easy decision. It wouldn’t have taken much to be better than the B&B.

Living in the B&B was weird – it’s like I just spent six months in survival mode. I wasn’t really dealing with anything. I was just trying to get through each day. Having the flat has given me the relief of being able to live again – to be able to perform everyday tasks and exercise basic freedoms which I took for granted before my time in the B&B. I’m in a place with a door and a key that means I can come and go when I want. You really appreciate that, that makes a big difference. I’m able to store food, cook a meal. When I was in the B&B, I was always working out the cheapest way to get by, having to work around unhelpful restrictions, always thinking how I can not spend money. It makes no sense to house people already on a fixed income in such a way that they are forced to spend more than is necessary each day to meet their most basic needs.

Since moving into a flat I’ve had space and time to process what’s happened to me. It shocked me how easy it is to become homeless – that I am homeless. I got very down and I'm still in the process of working through that. My accommodation situation is still uncertain – where I am is still classed as Temporary, and the bidding process for permanent housing is paused at the moment. The flat still does not feel quite like a home as a result.

The change in the law due to the virus is a great thing – I saw people who had been in the hostel a long time. It did nothing to help them really. There’s nothing good about staying in those places long term, it affects you physically and mentally. Some people became so despondent that they just stayed in their rooms. It is such a dispiriting place to be.

The new limit on stays in temporary accommodation is incredible, it’s going to change people’s lives. Nobody should have to stay in a place like that for a long period of time. How are you meant to do anything without an address? How do you apply for a job, apply for a flat? It just makes getting on with your life more difficult than it needs to be.”

The swift action taken by Scottish Government to tackle homelessness during the pandemic include amendments made to the Unsuitable Accommodation Order. The changes equalise the law so that all people, not just families and pregnant women, in emergency accommodation must be rehoused into a more permanent home after 7 days. While many of us are experiencing isolation and restrictions for the first time as a result of the coronavirus outbreak, they can be common for people who are homeless. Feelings of fear, isolation, loneliness and desperation were identified in our research with people stuck in unsuitable temporary accommodation. But fast-tracking of this legislation should make these experiences a thing of the past. The changes to the Unsuitable Accommodation Order signal a win for our A Life in Limbo campaign. Launched in 2017, the campaign was in response to reports from our members and frontline staff, that people were languishing in unclean and unsafe accommodation for months and years on end. 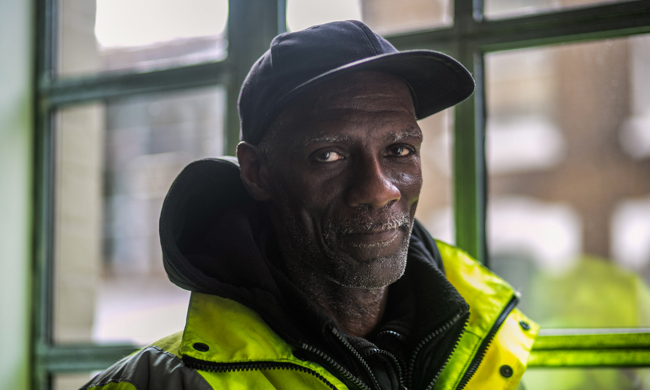 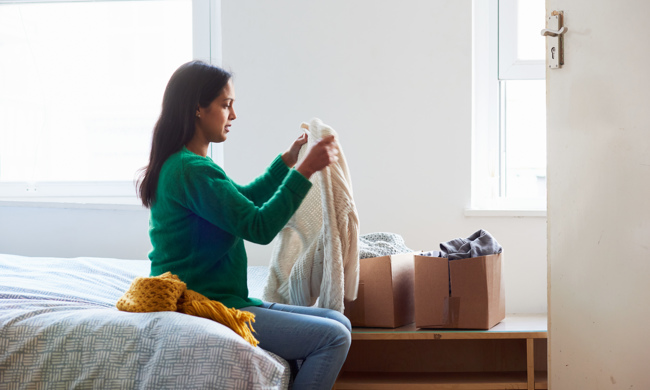 'I don’t have any family support so it’s very lonely at the moment. If I didn't have Crisis' help... 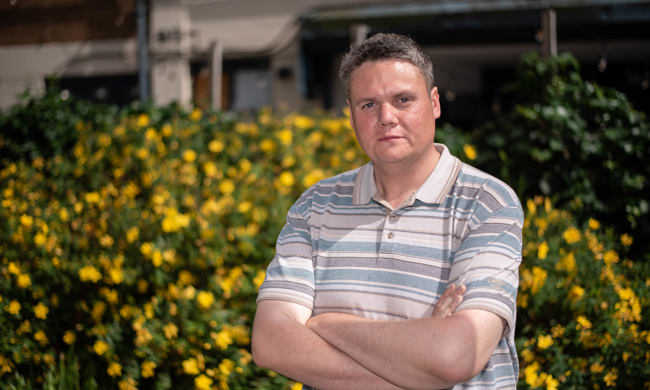 'When I became homeless in January 2019, I knew I was going to be faced with some tough challenge...