"The feeling of isolation is horrible"

Yusuf first became homeless as a child when his mum lost her business. The family was moved between hostels, B&Bs and other unsuitable accommodation, never settling. Forced to grow up too quickly, Yusuf hit hard times as a young adult and lost everything.

Unable to get any support, he was forced into sofa surfing with no idea how long it would last. Eventually he ended up on the streets where he felt continually hungry, exhausted and full of fear. Since rebuilding his life, he has been volunteering as a guest welfare coordinator with Crisis.

“Going through homelessness as a child, was one thing, but I went through it again as an adult. I didn’t have the education or support and I had a lot of baggage from my upbringing. I grew up too quickly and lost everything, much the same way my mother did. There wasn’t really anything in terms of services. I hit a bad low and my mental health took a big dent.

“When I was on the streets, the feeling of danger was always there, especially at night. Your head is on the floor and you can hear cars driving by, footsteps. I was in fear that I was going to be beaten up or abused. It makes it near impossible to sleep. The cold and the hunger bite at you all day long. The feeling of isolation is horrible. Watching people walk by you and not notice you, just drives you deeper and deeper into feeling worthless.” 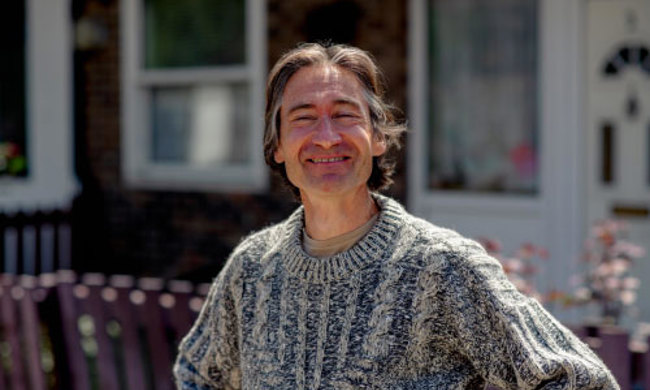 "Honestly the attention given to me, and people’s time, and the atmosphere, it’s invaluable. Peop...

“If you don’t get help, you escape from what’s going on inside you. That’s what I did, and I left...